Laneway- a tale of two cities

Highlights were Gang of Youths, Middle Kids and Baker Boy.

Having attended the Adelaide Laneway Festival a number of times, it was interesting to experience it in a different city, Sydney. How different they were too. Whereas Adelaide’s is held in the post-industrial wastelands of Port Adelaide- urban and grungy, here in Sydney the setting was the lush green parklands surrounding Sydney’s College of the Arts, situated in a well-to-do inner west suburb.

The venue was a natural amphitheatre with perfect visibility of both main stages, the lush grass infinitely superior to Port Adelaide’s bitumen and bark. The College buildings also provided the intimate Laneway experience for the smaller stages. In Adelaide you can buy wine- of course you can- it’s South Australia after all. In Sydney the choice was beer or alco-pops. Clearly the Sydney organisers felt that music was just for the kids.

Finally the music. Highlights were the Gang of Youths, Middle Kids and Baker Boy. We arrived just in time for the latter’s energetic and enthusiastic set of Aboriginal hip hop accompanied by some nimble choreography. Middle Kids were a surprise, despite their Lost Friends album being a featured album on national radio station Triple J  (I guess I don’t listen to the radio enough). With a confident set of mature power pop, the band exerted sufficient intensity to be felt all the way back at the brow of the hill despite singer Hannah Joy being just a red blur in the distance.

The main act, and our principal reason for being there, Gang of Youths did not disappoint. Front man David Le’aupepe has a commanding voice and physical presence to match. Musically, it’s like a more spiritual Arcade Fire with a smattering of the gospel of their youth; nobody ever accused Hillsong of not producing great singalong tunes. Lyrically, Le’aupepe has travelled far since these days: “losing my religion in order to find god” and “I’m not seeking redemption or some shallow state of bliss.” This is not some saccharine or smug spirituality, but a gritty life-hardened world view with a thirst for living that empowers their music. The highlight of the highlight, The heart is a muscle– this colossus of a song, a fusion of power, pomp and poignancy perfectly captures the heart beat of their art.

Also on a strong bill Courtney Barnett produced her signature blend of lo-fi laconic rock- a fine performance but her witty conversational lyrics of everyday life- trouble with asthma inhalers, fruit purchasing dilemmas, etc- is arguably better suited to a more intimate setting. Issues with the sound did not help. Although lacking Barnett’s sophistication and insight, Skeggs‘ energetic punk-pop was perfectly matched to the occasion, whilst radio favourites and West Australian psychedelics Methyl Ethel did not project quite so well- at least not at the back of the venue. 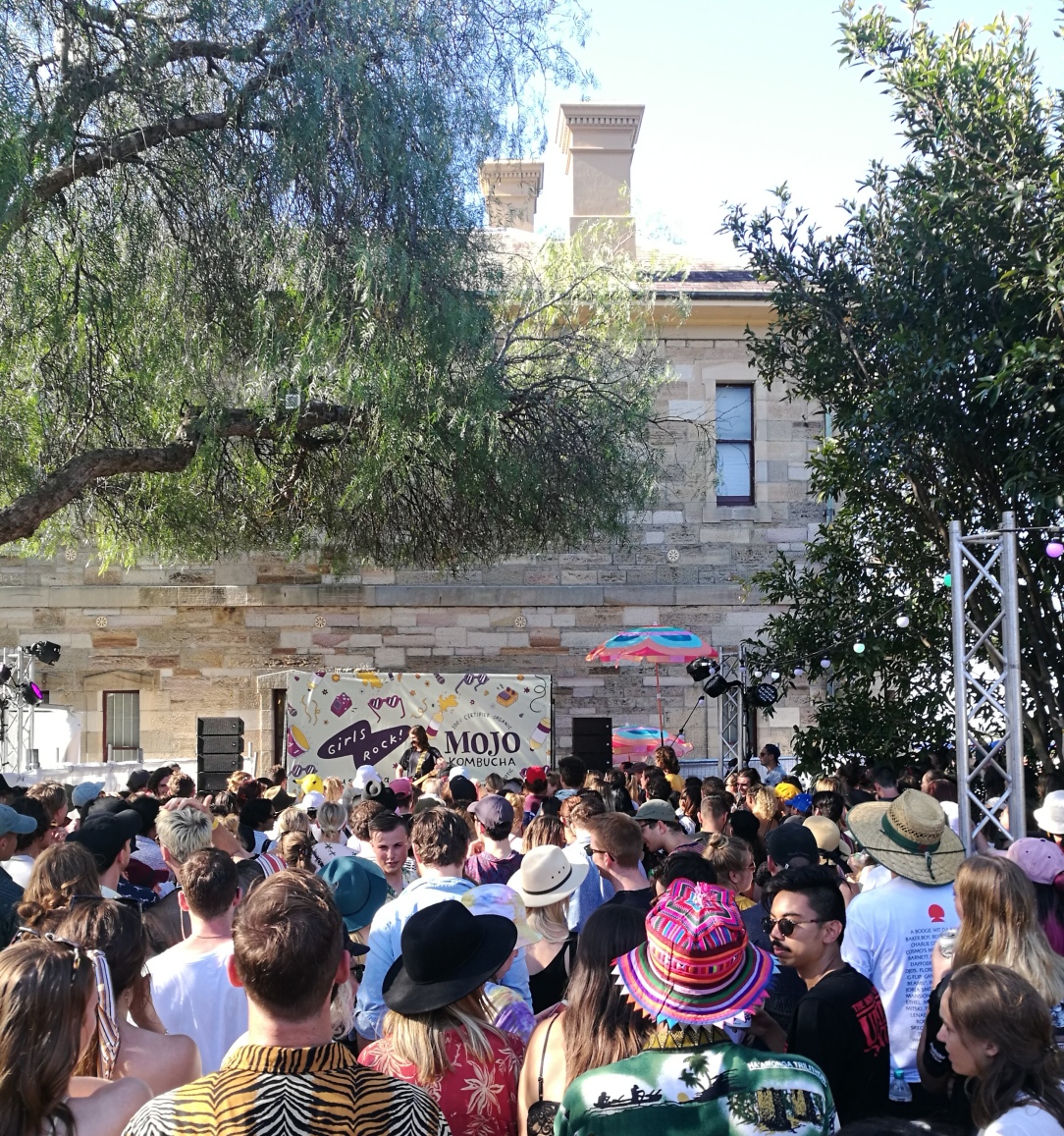 A quick scoot round the smaller stages yielded two songs from Laneway stalwarts the Smith Street Band. “They’re from Melbourne, they’re always angry,” one punter was heard to say. Maybe we should try Melbourne Laneway next time?

Laneway, a tale of two cities, very different, but a life affirming experience where music is the winner- “the heart is a muscle… and I want to make it strong.”

1 comments on “Laneway- a tale of two cities”