Along with great Scottish inventions such as the steam engine, telephone, television, radar, MRI scanners, penicillin, deep fried Mars bars, is the square or Lorne sausage. I was very excited to find Westfalia Meats in a neighbouring suburb, Fulham. Not only do they stock square sausage in oblongs, so they can be freely sliced, but also all things Scottish and unhealthy- including haggis and Irn Bru (made from girders) and the world’s best biscuit: Tunnock’s Caramel Wafers.
I was equally excited about my ensuing breakfast, the square sausage perfectly fitting between the bread slices. Unfortunately we’d run out of loaf and the only thing available was an English muffin- as round as a circle. Don’t misunderstand me- an English muffin is perfect for a fried egg, but a square sausage in a round sandwich is just wrong: geometrically, philosophically, aesthetically and in every other way- except taste. It was still delicious. 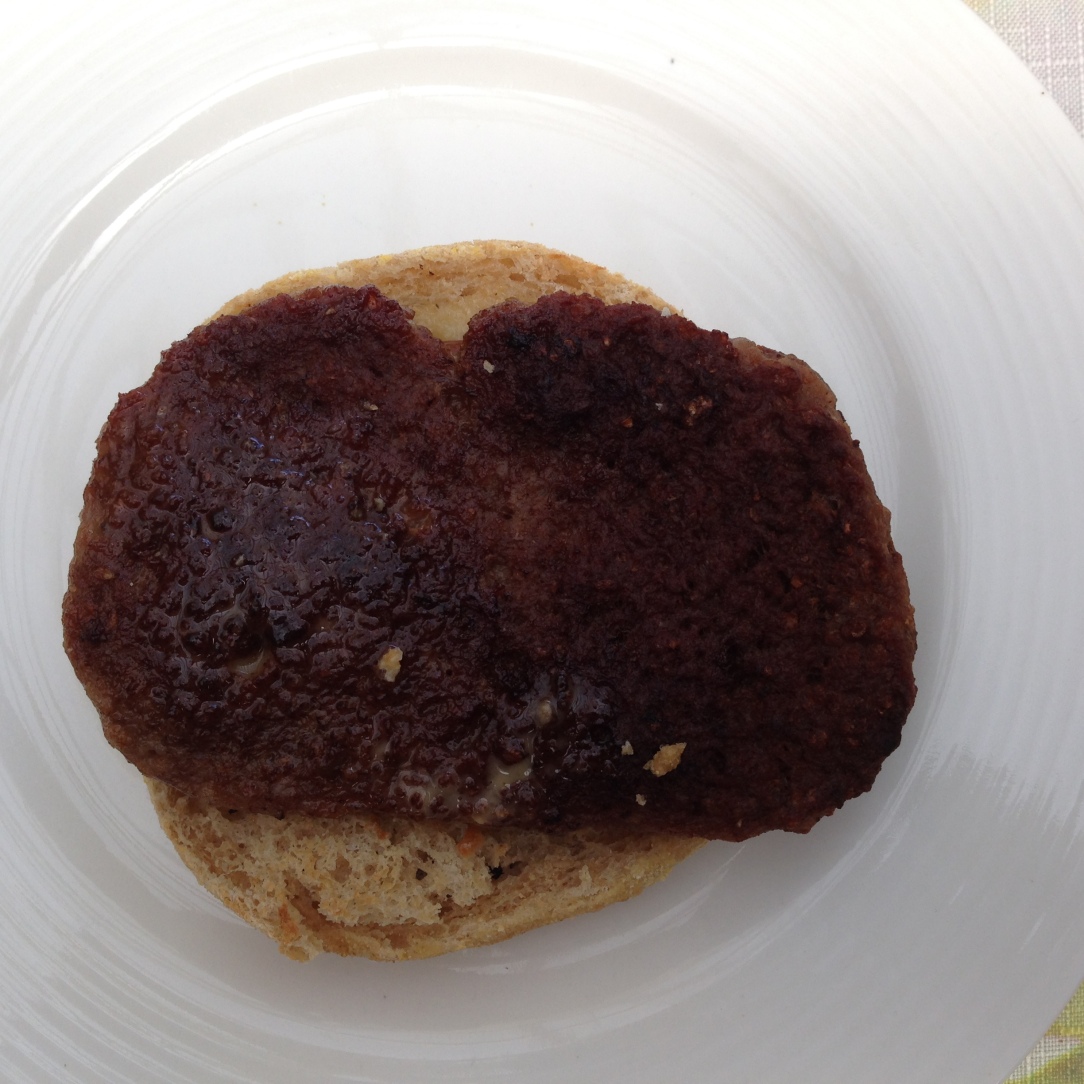 Incidentally, since making a great Scottish dish, stovies, for Burns Night, I discovered that the square sausage (in oblong form) is even better oven roasted than fried or grilled.