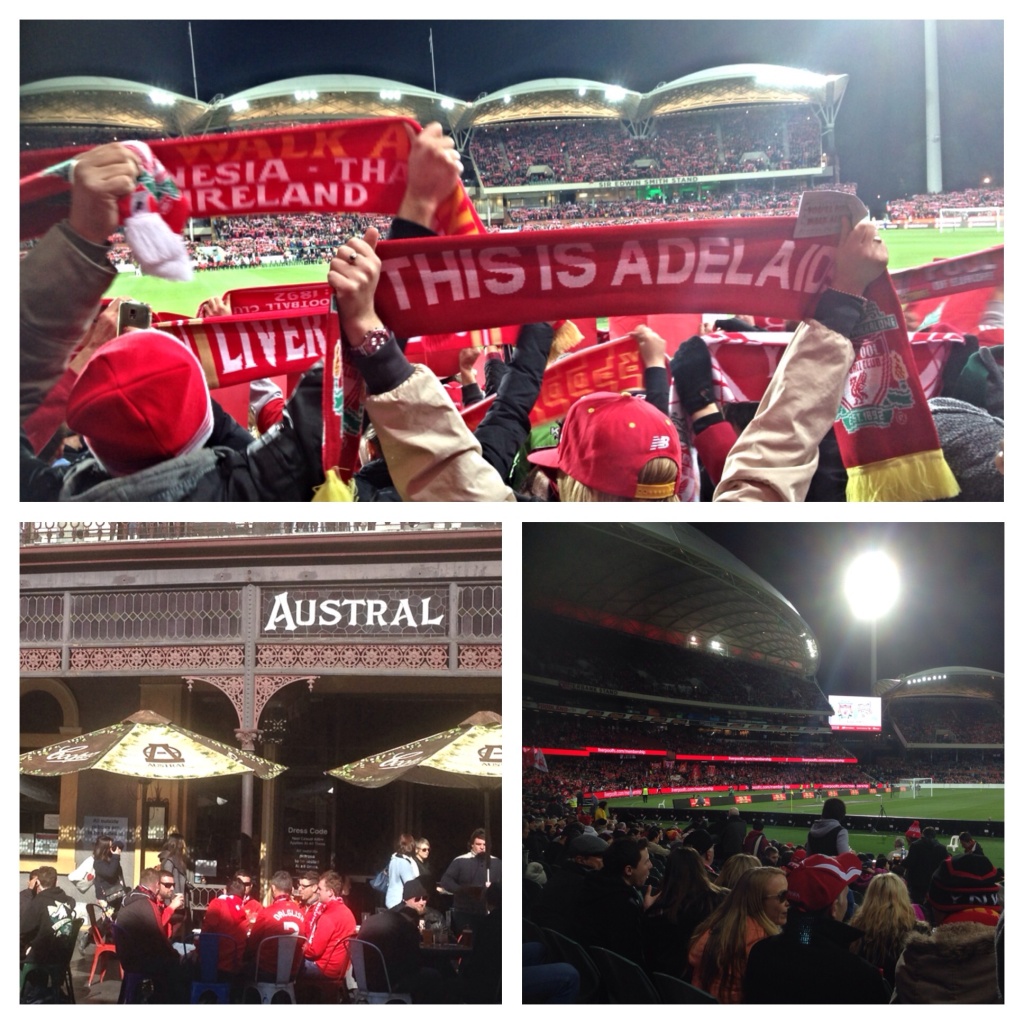 The big match wasn’t Adelaide Crows v Port Adelaide Power on Sunday but the visit of English Premier League soccer team Liverpool FC to play Adelaide United in a friendly match. Liverpool have never won the Premier League and last won the old First Division twenty-five years ago, but still command a huge following. I am not amongst the believers who never walk alone, but the lure of soccer’s glamour was too much for me, so when spare tickets became available the night before, I was there. How could I not be, on the day that the rectangular pitch and spherical ball were supreme and red was the only colour?

All day the city was awash with red as Liverpool fans colonised every pub and bar, full of hope and expectation and beer. Our seats were next to a folk singer from Alice Springs and his mate whom he claimed was a once famous TV magician. Was this just an old scouser’s tale? He did however look a bit like Gandalf and made it easy to find our seats.

On the pitch the only magic was being performed by Liverpool, and the referee was clearly hoaxed to award the offside James Milner with a goal. No such issues with Danny Ings’ second, just sheer footballing trickery. Over 53,000 people attended, and with the sell-out crowd at the Crows-Power AFL game the day before, that makes nearly a tenth of the city’s population packing out the Oval. As the red and white scarves said in a mixture of homage and pride, “This is Adelaide.”