What is it about the universal appeal of the Irish and St Patrick’s Day, 17th March, in particular? Is it because, despite a world wide diaspora, Ireland never acquired the baggage of 19th century colonial conquest, its inhabitants rather being transported
or displaced as involuntary colonists? Or is it the subtle (or not) colonisation of placing an Irish bar in every city on the planet? Or the winning combination of home-spun music or sessions, the craic and blarney, the accent, dancing, and, let’s be honest, drinking?

Our Paddy’s Day began with a short bike ride to Giles Street School for a “democracy sausage” and to vote as it was state election day. Unfortunately the sausage sizzle had long since departed by the time the last votes were cast. Civic duty completed, it was now time for our cultural duties. At the Brecknock Hotel, one of the few Irish pubs still left, we ran into old friends and made some new ones over Magners and Kilkenny. Choosing the organic over the organised, we eschewed the “official” celebrations at the Adelaide Oval, and rather headed for a street party in Mill Street. Hosted by cocktail bar 55 Ml with food by Cafe Troppo, the street was awash with green. Irish bands played on a small stage and the craic and

Guinness were flowing freely. The obligatory barbecue offered kangaroo “hop dogs”, Guinness and mushroom pies for the veggies, and also potato skewers. Yes, no hibernian cliche left unsaid here. Indeed, judging by the chatter, nothing was left unsaid by anyone. On stage fiddles, whistles, banjos and accordions combined in a joyful cacophony as the happy crowd danced and sang  along with the band who wouldn’t stop playing. Multiple renditions of Whiskey in the Jar, Dirty Old Town and the Wild Rover only served to increase audience enthusiasm on this day when we’d all rather be Irish. And, at least for a day, we can be. 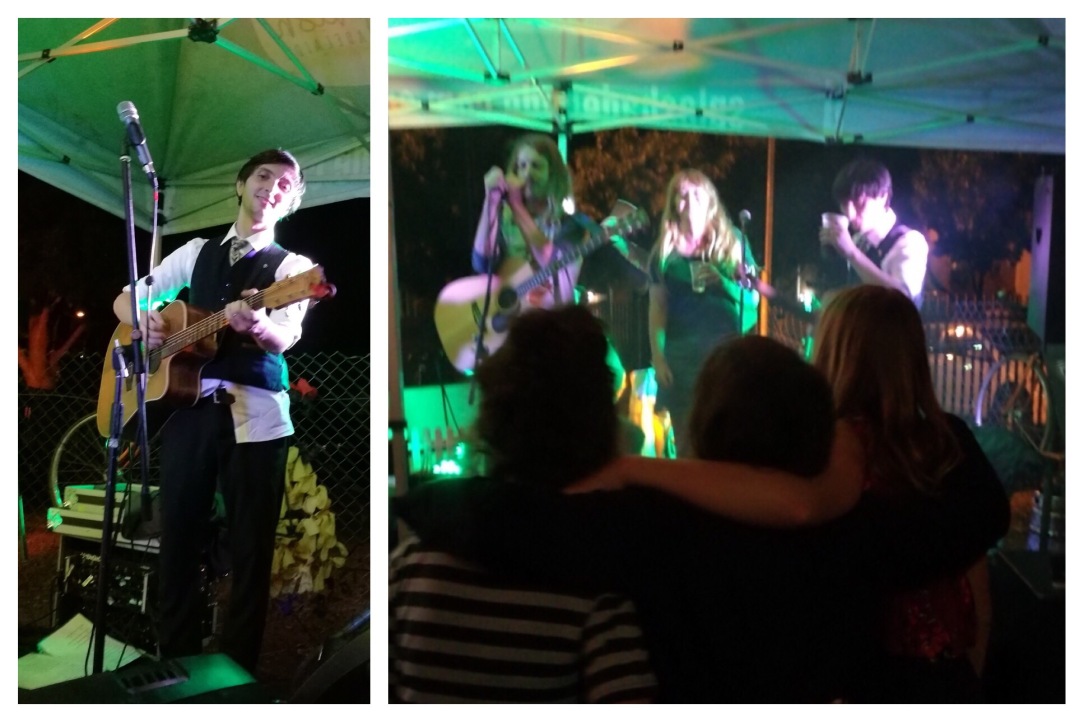 And Ireland beat England to achieve the grand slam in the Six Nations rugby tournament. It was a happy St Patrick’s Day! 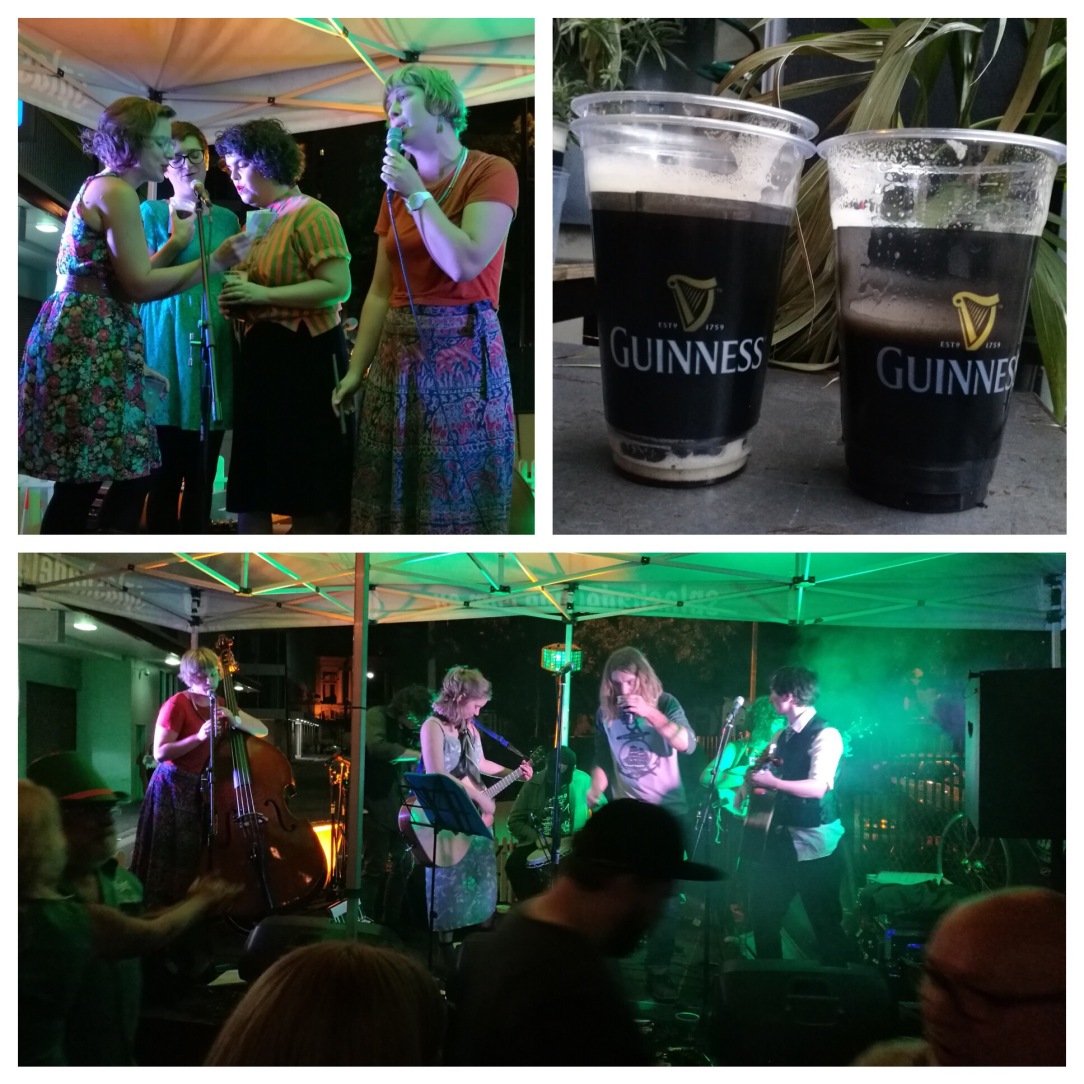