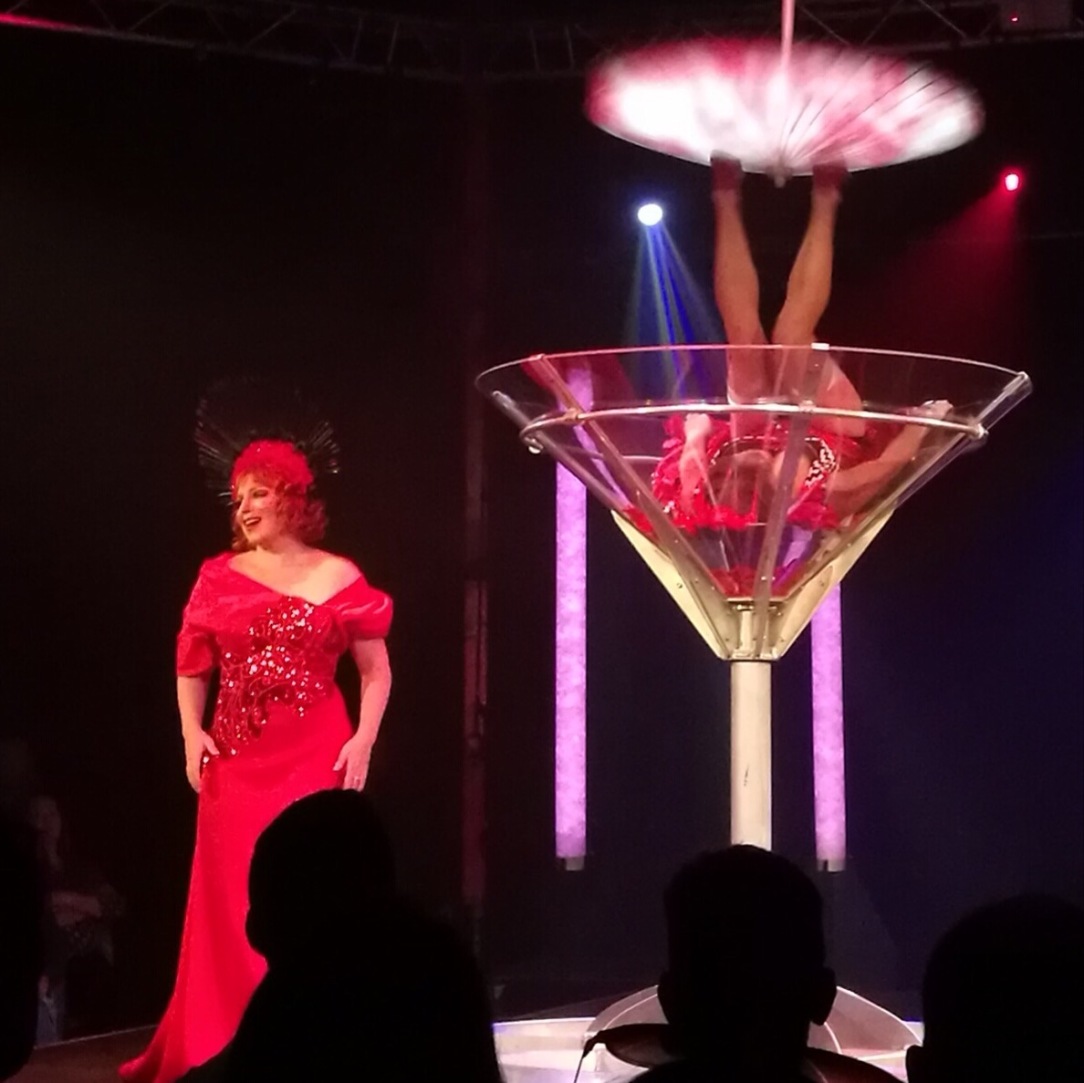 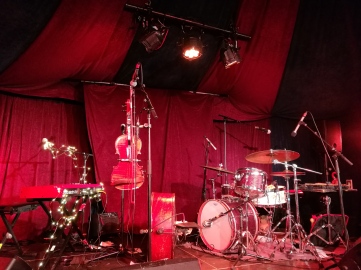 Fringe Award winners in 2017, the Victorian ensemble Bush Gothic returned this year to the Royal Croquet Club. Traditionally attired and with mainly traditional instruments (piano, violin, double bass, percussion and drums), the trio perform Australian folk music in a manner which is anything but traditional. This is no campfire singalong. Rather, it’s about tight vocal harmonies, underpinned by complex rhythms and hypnotic chordal arrangements with a dash of solo virtuosity thrown in. Vocalist (plus piano and violin) Jenny Thomas gave a beguiling performance as raconteuse leading us through tales of petty criminality, colonial justice, separation, desperation, adventure and opportunity. For the audience it’s like a form of musical transportation as the trio put flesh and bones onto the characters and stories. Sure, it’s a history lesson – and South Aussies aren’t overly keen on the convict past of their neighbouring states – but it’s more time travel than textbook. I can understand why Bush Gothic was awarded last year.

This is a safe place, but it’s not a safe show. 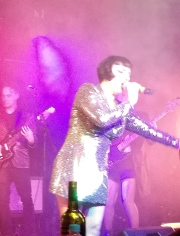 Also at the Royal Croquet Club, RCC and Carla Lippis present Midnight Marauders was an edgy cabaret show which included burlesque dancers, an anatomically outrageous drag act, comedy and a live band. Compered by the ultra-sassy Ms Lippis- ‘scary is the new sexy’- this raucous party of a show, replete with free espresso martinis for the entire audience, suited the late night revellers. “This is a safe place,” Lippis assured us, “but it’s not a safe show.” It’s definitely not for kids, not even for the millennials milling around the RCC chasing after the nightly headline DJ sets. Both inside the performance tent and outside we saw things we hadn’t seen before.

Miles away, both demographically and geographically, internationally known country singer (and regular MusicMondays performer) Susan Lily performed songs from her new album Free spirited in Butterfly: the journey continues at Fedora’s Restaurant in the Hilton (not that Hilton) Hotel. 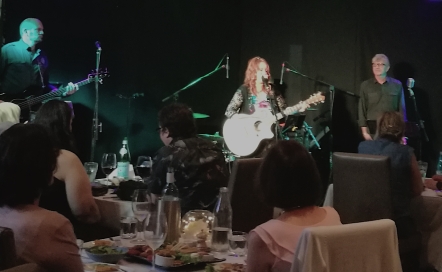 This was also surprising, but in a good way. “Did you have a table booked?” we were asked. We didn’t know we needed to book a table. “Would you like to see the menu?” Yes we would, as we were quite hungry. So over a sumptuous sharing platter the urban butterfly Ms Lily entertained us with her musical tales of small town characters – she hails from country New South Wales- and heartaches. Performing with a full band (bass, drums, violin and harmonica) Susan played a mixture of old and new songs with highlights Here on the road, You only kiss me when you’re drunk, Big girl pants and her latest single Musical journey. Linking the songs with the stories behind them and with her engaging personalty and radio presenter’s voice, Butterfly: the Journey continues made for a very pleasant and genuine cabaret experience. 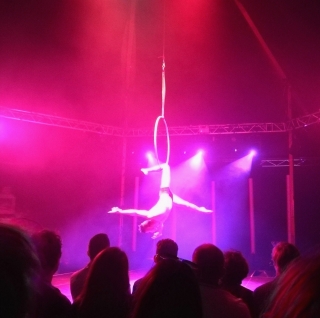 Finally, the award-winning Rouge in the Octagon at Gluttony was high energy physical theatre and human circus, and definitely not for kids either. Presented by Aussie circus troupe Papillon!, five acrobats (three men, two women) and an opera singer ran through a series of risqué physical narratives, daring acrobatic routines and burlesque dances that combined sexiness, humour and gender politics in an enthralling spectacle that left the audience breathless.

One last weekend to go. There’s nowhere else I’d rather be.

Fringe frolics: week 2 part 2 A NIGHT OF CREAM – ADELAIDE SONGS THE DIRECTOR’S CUT – BELLY OF A DRUNKEN PIANO -ROCK ORCHESTRA UNDER THE STARS

Fringe frolics: week 1 INDIGO’S PIANOLYMPICS – CHOIR OF MAN – DAVE AND MIKE DO CASH AND DYLAN – LORD OF THE STRINGS! RETURNS