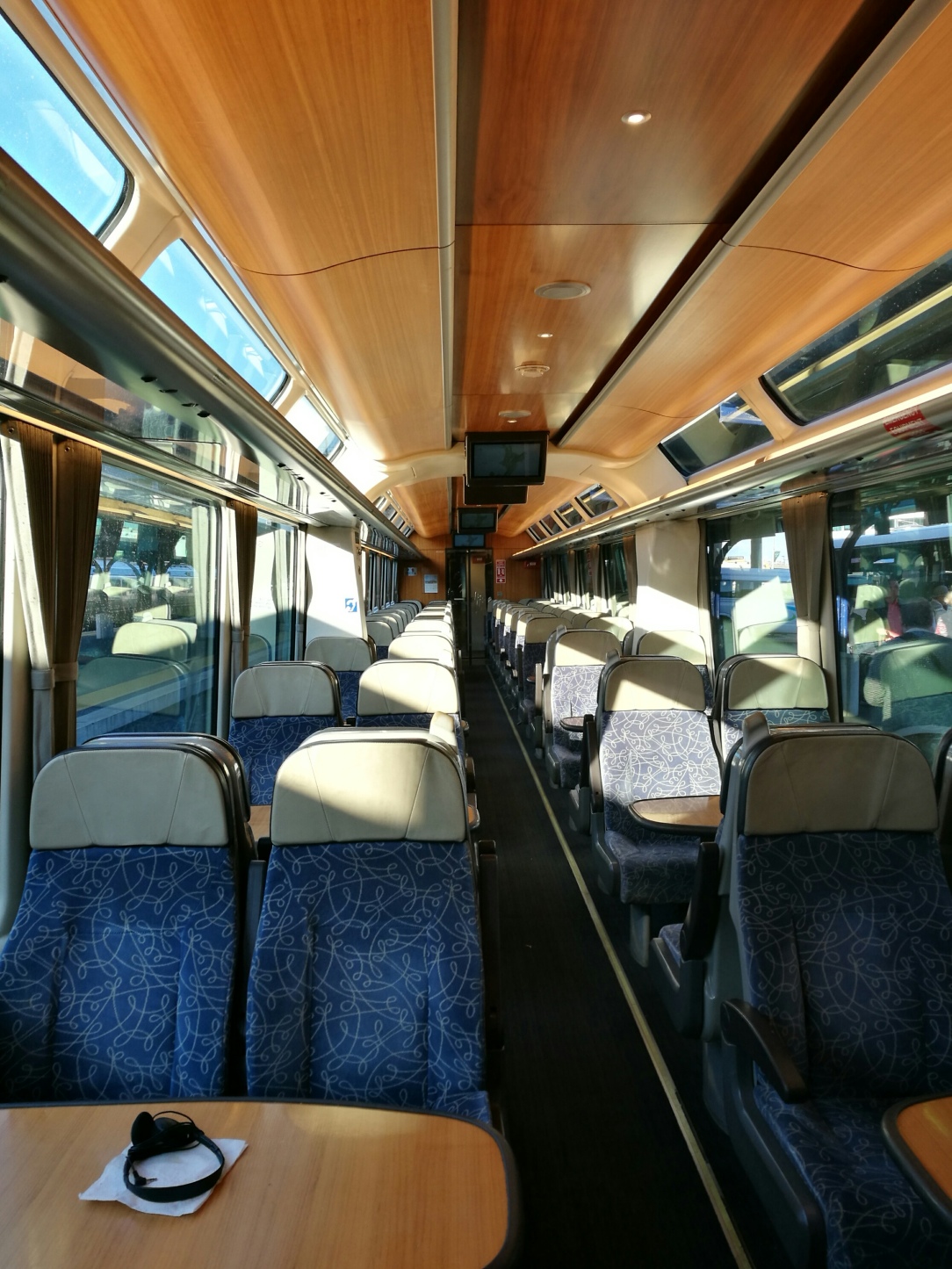 Arriving at Auckland’s oddly named Britomart Station (yes, it sounds like a cheap goods shop)  smugly bolstered by my ‘local knowledge’ with plenty of time to spare, I approached the service desk.

I explained, the Northern Explorer, the train ride from Auckland to Wellington, one of three ‘Great Train Journeys of New Zealand’.

“That goes from the Strand Station.” Rule one of travel: check your tickets.

A nervy taxi drive for the relatively short but congested distance brought us to the Strand.

“Cash or card?” the driver asked, although a sign clearly said ‘no cards’.

“Card, please.” Good to keep a record of our travel.

Wrong choice. There followed an eternity of fumbling as the driver sought the old-school paper credit card device, then the carbon paper slips, then a pen to hand-fill the details- all the while happily chatting about the weather, trains, other things my panicked mind didn’t quite register. Finally done, just in time for last check-in, the bags were labelled airline-style and we were on our way.

The ten and a half hour journey promised luxurious comfort while serenely travelling the entire length of the North Island.  Highlights included the Raumiru Spiral where the train switch-backs on itself several times in three dramatic horseshoe turns and a complete circle like a koru symbol, and also the majestic viaducts of the National Park. The three volcanic mountains of Tongariro, Ngauruhoe and Ruapehu were unfortunately obscured by the mist. 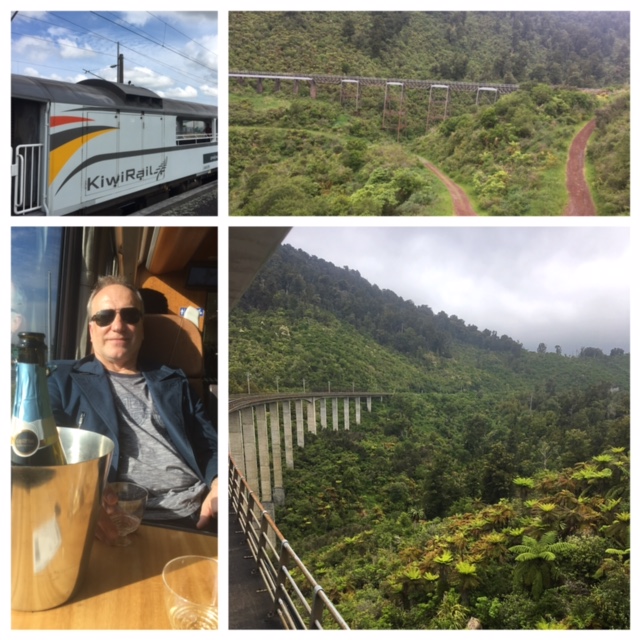 The open air viewing carriage was the place to be, and also the old-style cafeteria carriage (outside of meal times) brought relief from the rest-home feel of some of the carriages. It is to be expected that this type of travel attracts older passengers- a railway, rather than a stairway, to heaven. There are also a lot of sheep in New Zealand. And ferns. 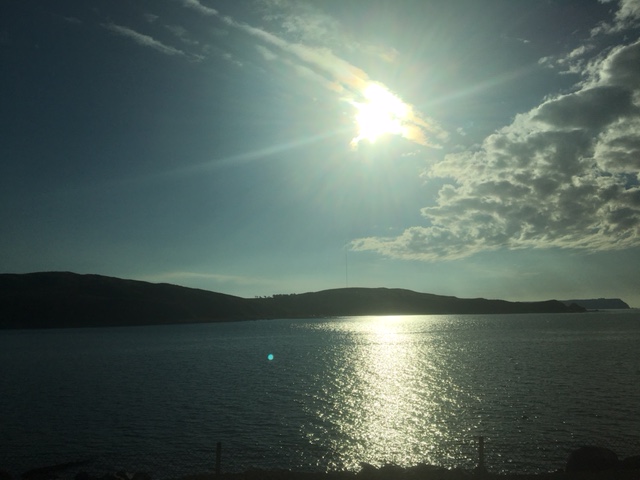 A first glimpse of the sparkling Tasman Sea on the final stretch to Wellington, the capital of cool, matched the sparkles in our glasses as the miles slipped serenely by, and the long journey felt worth the effort. Another of my 2017 favourites.

An Epicure in Auckland

5 comments on “Railway to heaven”