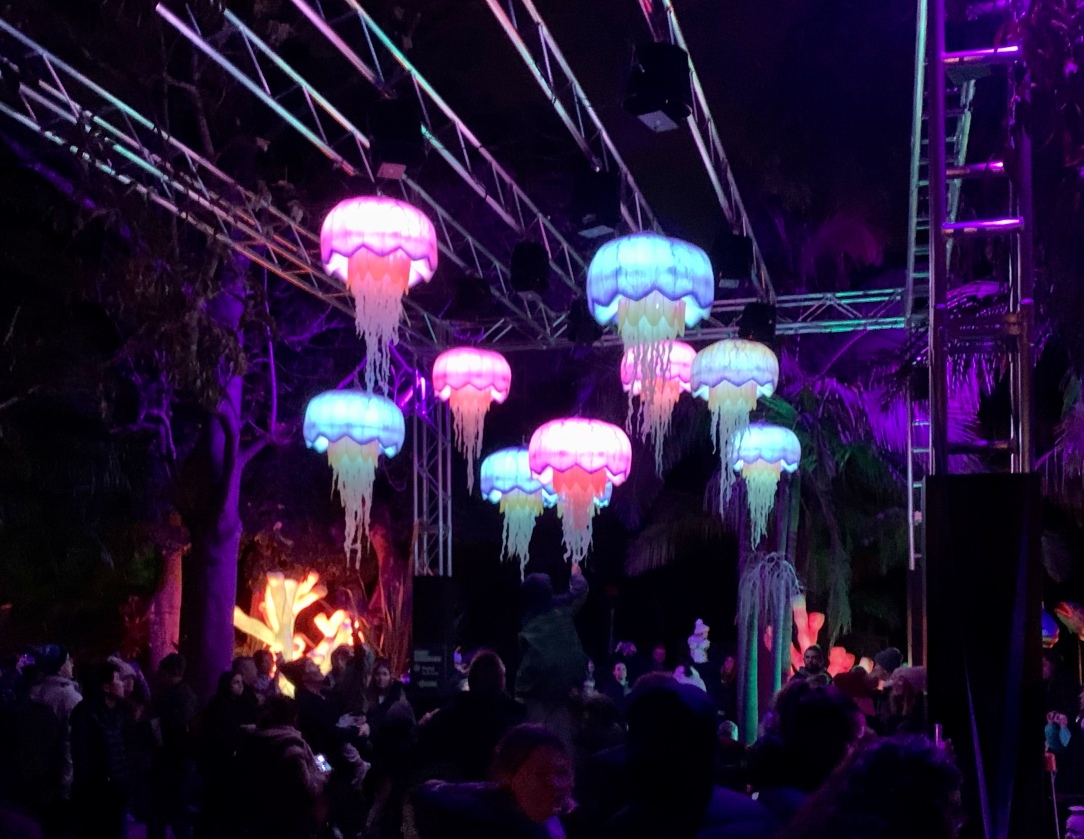 They call South Australia the Festival State. We have festivals for everything. We have wine festivals, a cheese festival and (literally across the road) a vegan festival, beer and barbecue festival, The Adelaide Festival of the Arts aka The Festival, and its more unruly sibling: the Adelaide Fringe. There are festivals for cabaret, guitars, literature, films… You name it and someone will be having a festival for it! Meet your neighbours out on the street and you can call it the festival of friendship or mateship or whatever.

One of the more esoteric festive offerings is the revamped Festival of Ideas. Held on the grandiose University of Adelaide campus on the cultural boulevard of North Terrace, it comprises a series of public panel discussions on futuristic, societal, cultural and philosophical topics. I attended two such lectures in the imposing Bonython Hall. Now, with a lockdown in place, seems a good time to reflect on the many issues raised.

From the ground up was well attended, perhaps because of the appearance (by video link) of Australia’s best loved gardener and presenter of ABC’s Gardening Australia, Costa Georgiadis. As the panel fielded questions on sustainability and permaculture, Costa more than held his own with his knowledge, experience and optimism amongst the academics and other panelists. Two points stood out. Firstly, the scientific observation that the green space in suburban backyards alone could feed the entire population of the city. Costa noted that two generations had lost connection with the land as a source of food. Utilisation of urban spaces for horticulture is a genuine cause for hope, and local communities and councils have the ability to empower significant change.

Secondly, an observation by another of the panelists (sorry, I forget who) was on the use of a word you hear bandied about a lot in Australia: dirt. Don’t call it dirt, it’s soil. Dirt sounds menial and worthless, to be disregarded or discarded. Soil, on the other hand, is life-giving, complex, full of organisms, and the basis of our planetary existence. It’s not called Earth without reason.

Leaving earth (and Earth) behind, Pizza in space was more than just a cookery class for astronauts, but explored the possibility of future space colonisation- particularly on the Moon and Mars. The panelists, drawn from the Australian Space Agency here in Adelaide, and collaborating academics and engineers, did not seem to be presenting mere science fiction but realistic future endeavours, certainly within the lifetime of some of the younger members of the audience.

The Festival of Ideas is just one part of Illuminate, a citywide festival of light and sound with lightshows and installations on the streets, heritage buildings, and even in the Light Creatures exhibition at the Adelaide Zoo. Sadly the whole programme of events was cut short by the latest lockdown response to the COVID pandemic. Lockdown certainly provides time for reflection if not illumination.

1 comments on “Festival of ideas: Illuminate”