The Adelaide Fringe Festival is back. Once again the streets of this relatively quiet city bustle with performers and punters eager for their annual culture hit in the Southern Hemisphere’s largest arts event. Here are some of the first week’s shows. 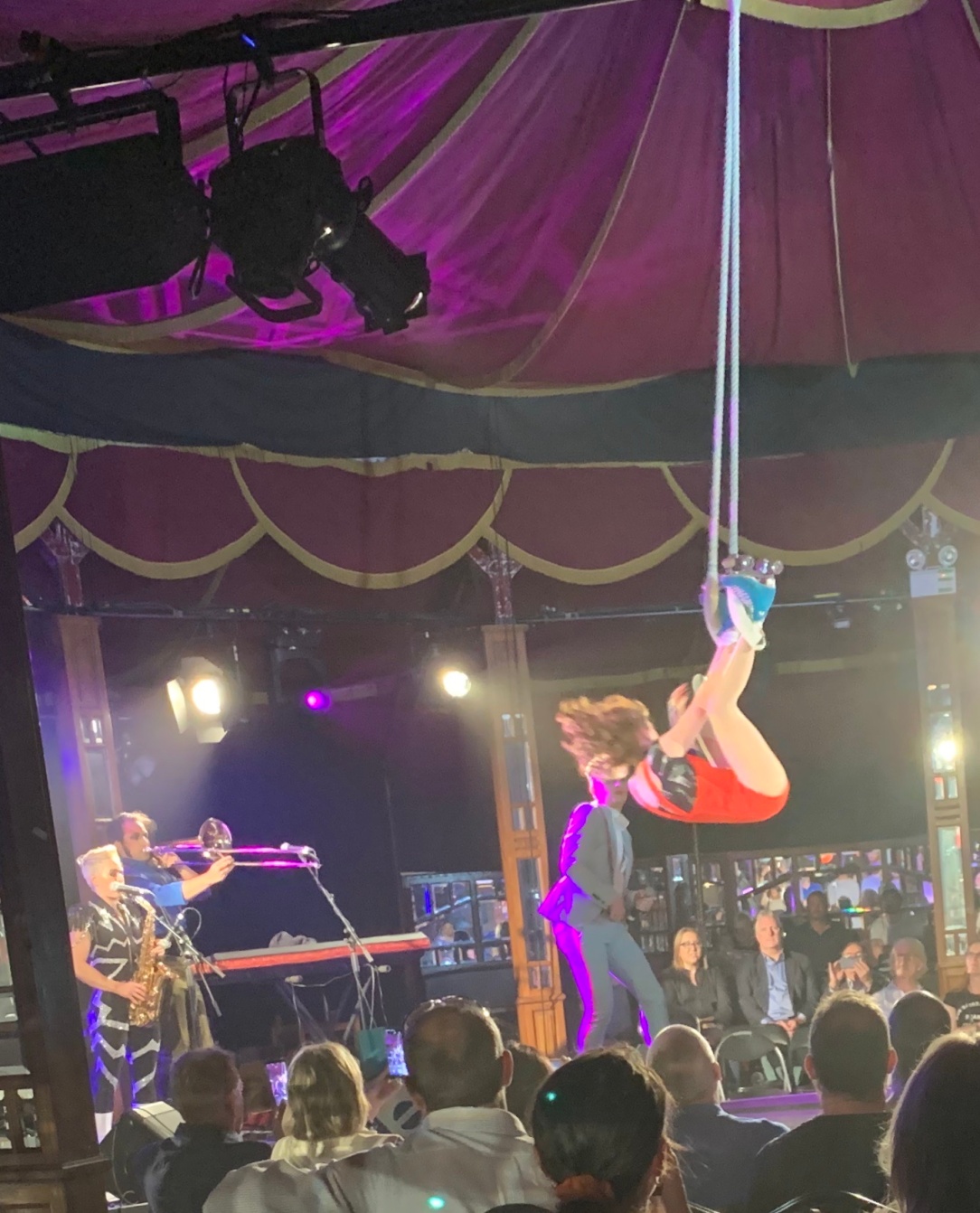 Rebel was a tribute to the late David Bowie. I don’t usually go for tribute acts, but this one was special, and with David sadly departed, it is good for his music to be performed live. Rebel was beautifully costumed and musically immaculate, but it was the circus element that took the show to another level. Literally. As the lush cosmic sounds of Space Oddity washed over the Spiegeltent audience, an aerialist performed an interpretation of Major Tom’s weightless frolics above our heads. But it wasn’t even the spectacle of the physical theatre or the drama and context it lent to the music- it was that the band themselves were the acrobats. They were all starmen and starwomen. The musical curation was also spot on- not just the blockbusters (plenty of them- Suffragette City, Fashion, Heroes, Let’s Dance, of course, Rebel Rebel)- but a deeper representation of Bowie’s vast and diverse ouvre including, most movingly, material from his final album Dark Star.

Jukebox Chorus- the ultimate Australian playlist by Gospo Collective delivered exactly what it promised- soulful, gospel-tinged renditions of some of the great Aussie pop tunes from the Seekers to INXS, backed by a 60 strong choir and an accomplished band. Energetic, colourful and powerful, with some outstanding vocal performances, particularly from leader and arranger Charmaine Jones, it is the ultimate feel-good show. Release your inner John Farnham. Woh-oh-oh-o-o-oh!

Although the spiritual is oft pitted against “the devil’s music”, gospel and blues share common roots. Cal Williams Jr brought the sounds of the cotton plantations up to date in A history of early blues, part 2 (and also part 1). Casual but informative and featuring no little fretboard virtuosity, this is must for aficionados of acoustic country blues. I was particularly fascinated by his explanation of the blues scale, a minor key (ie. sad notes) played against major (i.e. happy) chords as a kind of secret code between slaves under the noses (ears!) of their owners. I look forward to Part 3- what will it be? Chicago? Electric?

Also in the spirit of reviving old music, Piaf and Brel, the impossible concert brought together two stars of the Francophone world- France’s Edith Piaf (everyone knows Je ne regrette rien) and Belgium’s lesser known songwriter and performer Jacques Brel as interpreted by opera-trained Melanie Gall. Although slightly overly casual at times, the show skilfully merged their stories and music with a dash of humour and historical insight.

Finally, one of week one’s big hitters. Former Dresden Doll Amanda Palmer brought her blend of quirky songwriting and personal storytelling to an adoring audience at the grandiose Bonython Hall. There will be no intermission was a long show- four hours run time- but fortunately did have an intermission. Whilst no doubt inspiring or empowering for many in the audience, for me it was a little thin on musical content- around forty minutes in total of solo piano or ukulele. And to encore with Let it go from Frozen- really? But if you are a controversialist, why not cause some controversy? It is Fringe after all.

Communal craziness- the return of Fringe

2 comments on “Starmen and starwomen”