The number 333 bus pulls into Bondi Junction. A quiet suburban ride now becomes a frantic crush as shoppers (the Junction is basically a Westfield shopping mall), sightseers, students and surfers cram on board- an almost endless human conga. This is September, just the first budding of spring. Imagine this journey at summer’s peak. 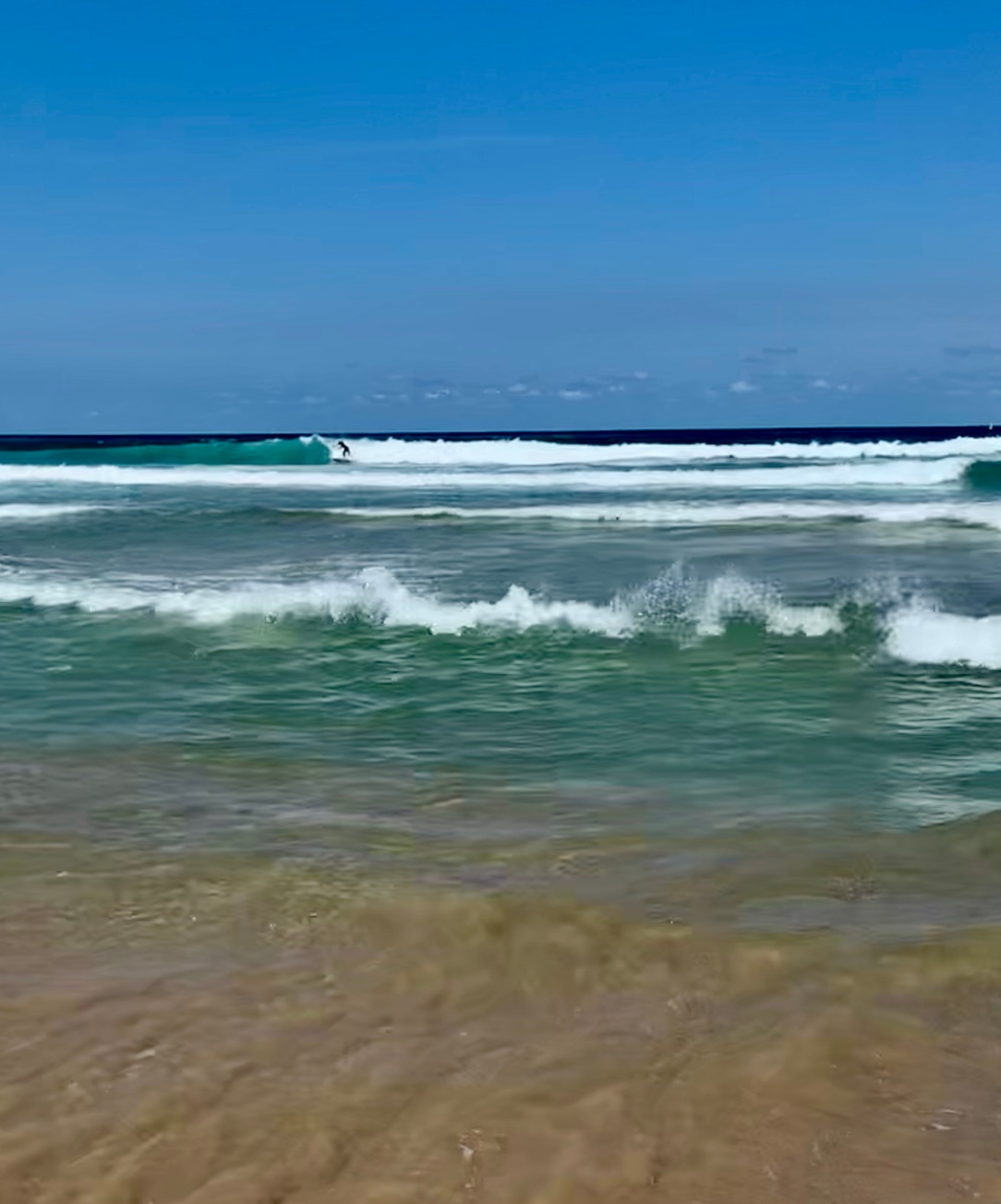 Suddenly the ocean comes into view and the excitement intensifies. The perfect horseshoe of Bondi Beach is arrayed before us. Everyone piles off the bus and heads beachward or to the cafes and souvenir shops of Campbell Parade. A group of trainee surf lifesavers are exercising and playing trust games on the foreshore. Tourists are snapping like sharks on their cameras and phones, biting anything that moves. Business men and women in smart attire are taking time out from the office on the sand. There is the iconic surf lifesaving station. The ocean is calm but still producing sufficient swell for the surfers. Sunbathers (bakers) are baking. Wave chasers are chasing. It’s the epitome of Aussie life.

Step away from all this activity along Hall Street and you’ll discover a different Bondi. Away from the beach the town gentrifies- bookshops, bespoke jewellers, galleries, health food stores and smart eateries. 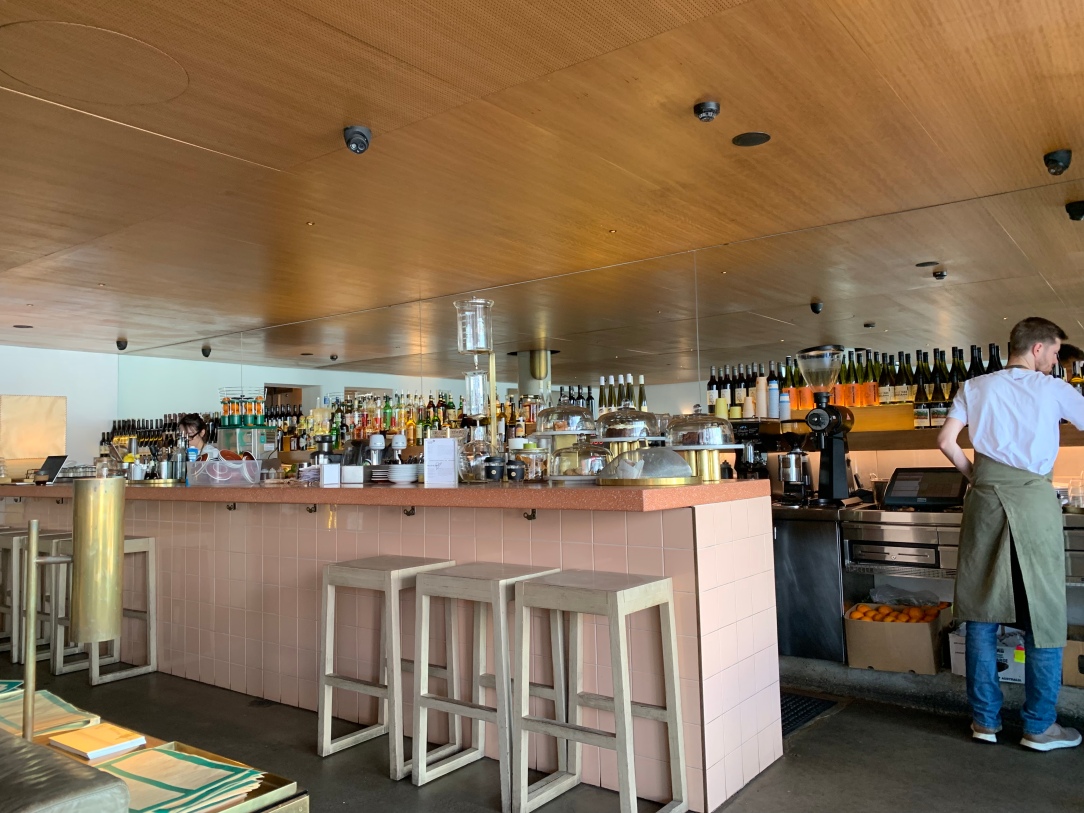 They don’t come much smarter than Bill’s. Originating in inner city Darlinghurt, Bill’s has become the flag bearer for Aussie brunch. The chain was founded by Bill Grainger, the chef who invented “smashed avo” (essentially similar to the age old mashed banana), now responsible for the proliferation of a thousand hipster cafes, mashing their musas and pummelling their pumkins, scramming their eggs, and mangling their menu descriptions.

I chose scrambled eggs (a Grainger signature dish) with a spinach and feta rosti and a flat white. The scram was like no other, strangely smoothed and layered, more set than scrambled, like a creamy omelette, but slightly lacking seasoning. The rosti had an invigorating element of spice providing a hint of the exotic, a dash of daring. 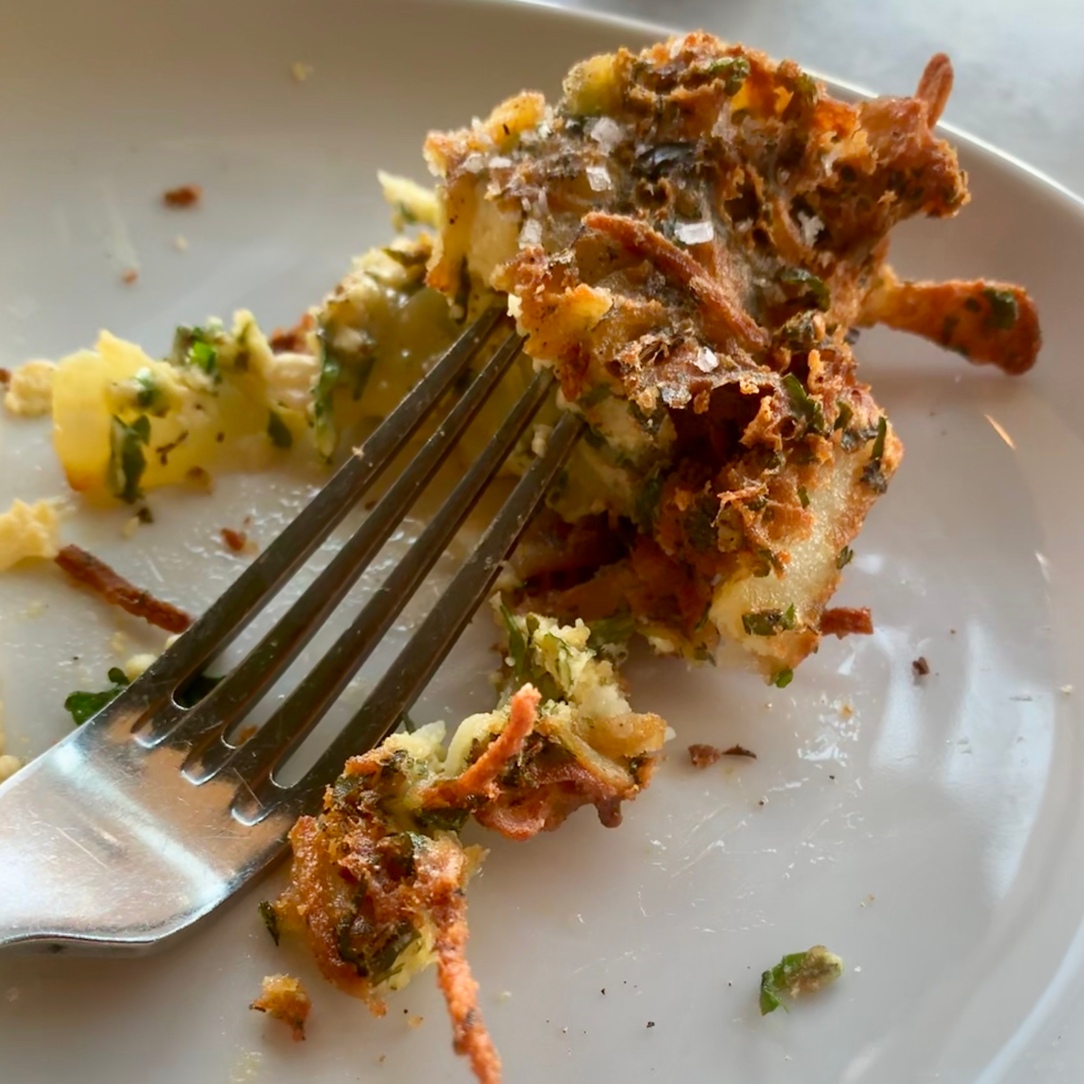 Afterwards a stroll, a paddle, and a hop onto the 333. Hint- catch it at the northern end of Campbell Parade to miss the crowds. Stay on until Circular Quay. Is there a bus with more iconic termini?