Note to self: next year don’t prevaricate, just go to Womadelaide. Over the March Adelaide Cup long weekend the city showcases the world in the form of the annual World Music and Dance festival under the stately bows of Botanic Park. Here in the heart of the garden city, we take the world to heart in one giant musical picnic. 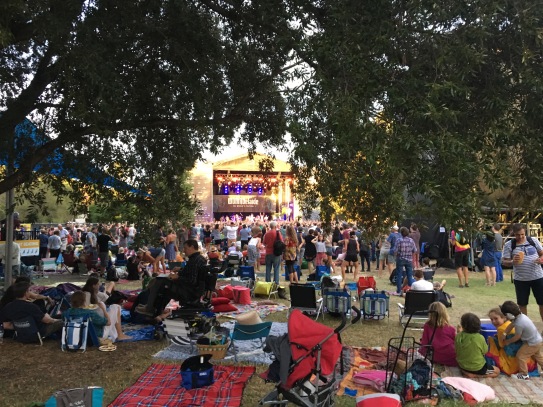 It matters not whether you’ve heard of the bands – or even their genres of music. So on the Saturday night we were treated to a Columbian fiesta from La Mambanegra (pictured below right), a salsa orchestra with a dash of Jamaica and New York City,  the streetwise Melbourne beats collective 30/70, and bagpipe wielding electronica multi-instrumentalist Mercedes Peon.

As well as hosting artists from every corner the planet, there’s usually a good smattering of Australian talent -both those established such as Angus Stone’s grungy stoner-rock project Dope Lemon or roots-based  the Waifs (pictured below)- and up and coming local talent, this year Aaron Thomas, and Mane (last year the Wasted Wanderers – now just Wanderers).

It doesn’t matter which stage you choose, there’s always something to challenge, delight or inspire. However the Moreton Bay stage, nestled amongst the eponymous trees, is rapidly becoming my favourite. It’s here that the real magic of Womadelaide happens- lying under the branches, watching the stars through the leaves in a pastoral paradise – whilst listening to the some thumping electronica. On this stage in previous years we have been treated to Gruff Rhys (formerly Super Furry Animals) and surely the most northern band in the world, from Iqaluit (look it up), the Jerry Cans. This year’s main stagers, the Waifs, also first performed on this stage. 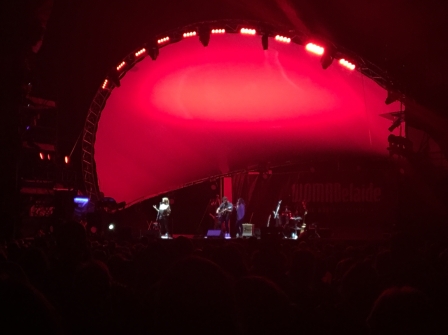 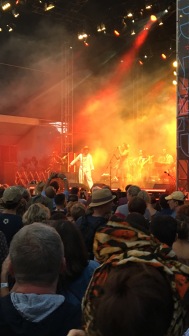 This year it was Spain’s Mercedes Peon (above), a solo multi-instramentalist who fuses traditional Galician folk melodies with a beat-heavy electronica.Her clever use of live percussion over pre-loaded samples gave her sound an immediacy and energy, but the biggest surprise was when she pulled out a pair of bagpipes for a virtuoso solo or three. 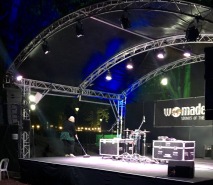 Sadly, it was all over too soon, the bar ran out of white wine, and there was nothing else to do, except to sweep the stage ready for the next day.