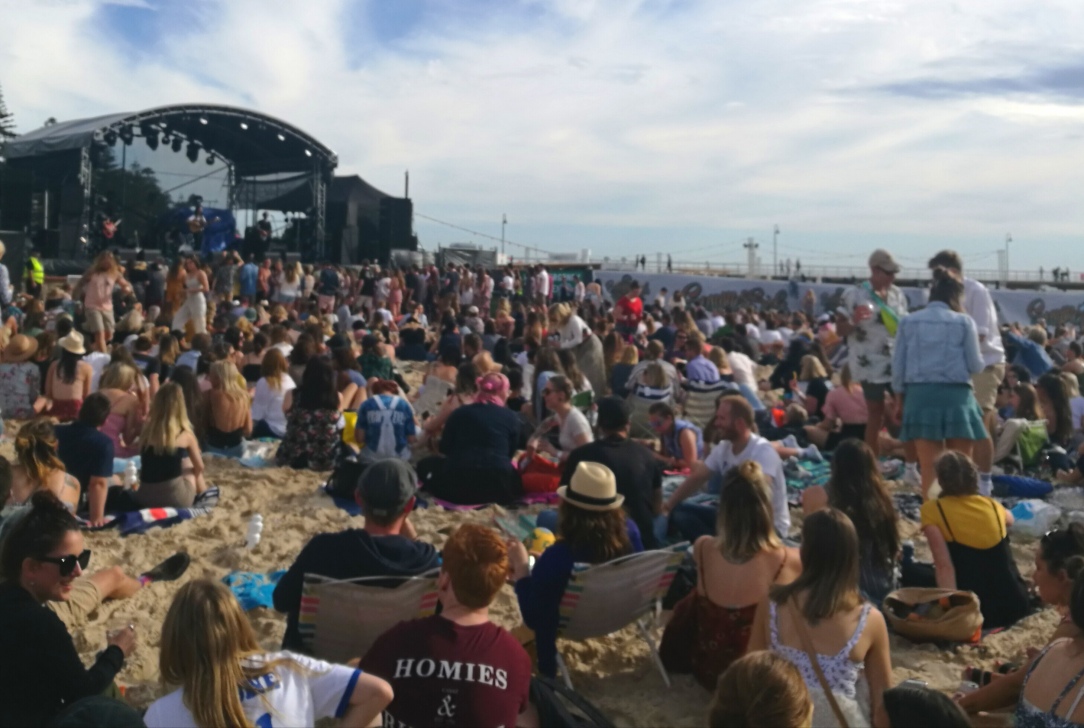 A weekend of music

It’s often the East Coast cities of Australia, Sydney and Melbourne, that claim the heart of the Australian music scene, so it may come as a surprise that Adelaide is the country’s only UNESCO Creative Cities City of Music. The award is no doubt based upon Adelaide’s hosting of Womadelaide, Australia’s world music festival each March, the month long Adelaide International Festival and Fringe from mid February, the southern hemisphere’s largest and the world’s second largest arts festival, with Cabaret and Guitar Festivals in the winter months. But it’s no surprise to locals with a connection to the music business. Over one weekend we were able to sample three distinct musical experiences showcasing the richness of the scene.

First up, on Friday evening was a solo performance by The Voice Australia finalist AP D’Antonio at the first of a series of Seacliff Summer Nights: a chilled sunset community event that included the music, children’s outdoor games and activities, food trucks, pop-up bar and market stalls. Attracting a fair deal of attention from his TV profile, AP delivered his blend of traditional acoustic blues, folk and gospel with his distinctive vocal style and some very fine finger picked guitar that kept the crowd engaged.

Saturday saw the Summer Salt Festival on Glenelg Beach itself. Some mediocre weather did not dampen spirits as local act Ollie English got the proceedings off to a soulful and rocking start. Byron Bay’s pop dreamsters Seaside were up next, commenting that it was a ‘dream to play by the seaside.’ Personally, the Festival’s

highlight was Didirri, just off the plane from New York and playing his last gig of the year. The Melbourne singer-songwriter produced a mesmerising performance with a sense of intimacy that belied the festival setting. A top notch backing band added a rocky edge to the delicacy of the songs. Meg Mac‘s polished electro-pop preceded headliners, Angus and Julia Stone. Kicking off with the title track of their latest album Snow, the indie-folk band featured many of their best loved songs including Big Jet Plane and the finale Chateau. A glorious sunset provided a fitting backdrop to an exquisite day of music.

The musical marathon continued on Sunday with English folk-punk-rock Frank Turner and the Sleeping Souls playing the final gig of a marathon tour at the well-loved Governor Hindmarsh Hotel – or to locals, the Gov. If you’re not Australian don’t be fooled by the term ‘hotel,’ which has it’s origins in archaic colonial licencing laws: the Gov is one of Adelaide’s best live music venues attracting mid-size artists and offers punters unparalleled access to the stage.

Frank and the band were clearly in party mood, demanding (and getting) participation in singalongs, dancing, jumping and shouting, especially to the exuberant Glory Hallelujah. With 165 shows already completed in the last year, Frank and the band exuded energy and confident stagecraft, a one point inviting the audience’s youngest member at her first ever gig onto the stage to play a harmonica solo! Such was the passion and commitment of Frank’s vocal performance that we hardly noticed when the Sleeping Souls had a little rest mid set, returning for the joyous singalong Four Simple Words:’ I want to dance.” And we did.

Communal craziness- the return of Fringe.