Modern Australia is a young country with much of its heritage imported from Great Britain or, more recently, the rest of Europe.

Hot on the heels of Christmas is South Australia’s state day, Proclamation Day. In fact it follows on so quickly that many South Australians confuse it with Boxing Day, but on 28th of December 1836 the British Colony was established. The commemoration, now in its 180th year, takes place at South Australia’s oldest (European) historical site: the aptly named Old Gum Tree in Glenelg. Here descendants of the pioneers, some in period costume, the great and the good: the State Governor, the Premier, the Mayor of Holdfast Bay (shown left), local politicians; with a smattering of indigenous indignation (the silent protest) gather to reflect on the lessons of history for our State.

Another dramatic storm the night before threatened to rip up marquees and tear down branches, however the organisers from the City of Holdfast Bay Council did a brilliant job of clearing the site of debris and enabling the ceremony to proceed without a hitch despite a damp start for the resilient attendees. 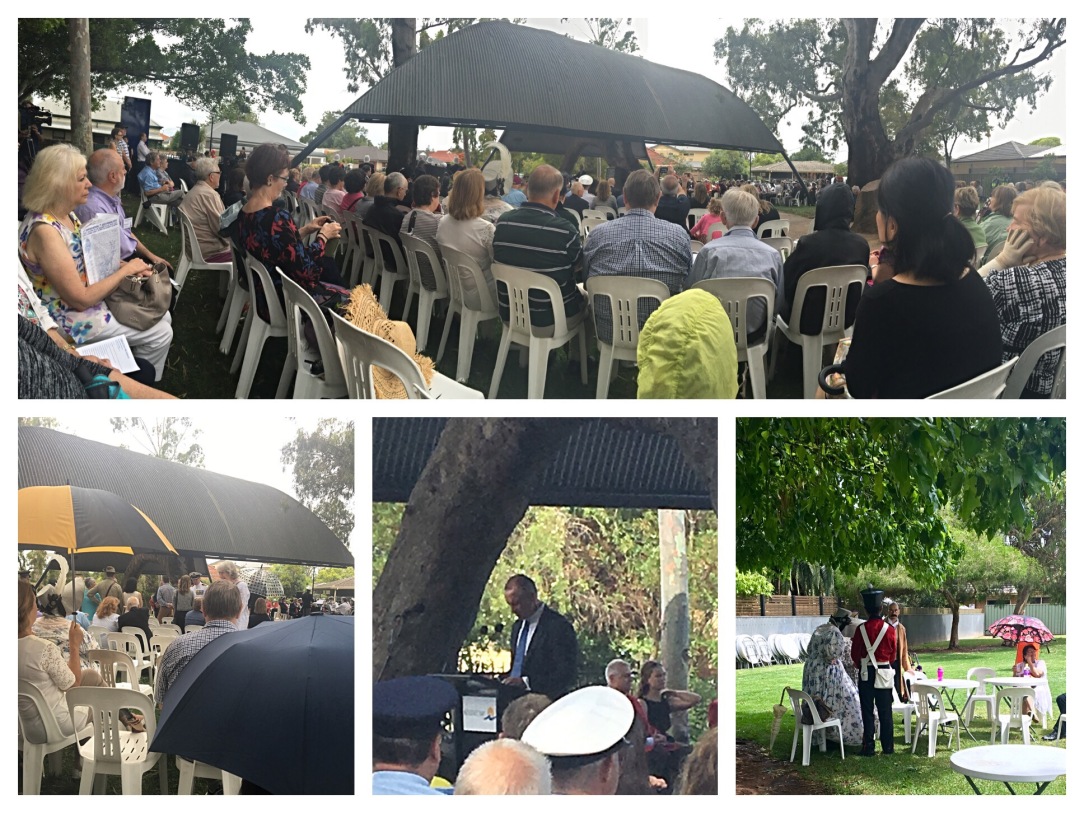 This year the silent aboriginal protest wasn’t totally silent. Neither was it particularly aboriginal (more left wing and white). Indeed elders from the Kaurna people were  involved in the official proceedings and treated as revered guests.

After a welcome from the Mayor in which he praised the emergency services and volunteers for their work during the storm, the Governor Hieu Van Le reflected on the hardships, resilience and optimism of the early settlers and of the native population in such a beautiful but harsh environment. State Premier Jay Weatherill elaborated on how South Australia, through waves of immigration and refugees, had become a beacon of tolerant multi-culturalism and opportunity, holding up the Governor (a former Vietnamese ‘boat person’) as the primary example. As he discussed both failings with and hopes for the inclusion and advancement of aboriginal people, the wind momentarily picked up, as if the spirit of Australia was saying ‘keep your promises.’ He also reminded us all of the benefits of living in South Australia, recently recognised internationally as a top travel destination (Lonely Planet), and Adelaide as the fifth most liveable city in the world (the Economist).

A special feature of this Proclamation Day was the production and free distribution of a photographic history booklet, with pictures from the City of Holdfast Bay History Centre of ceremonies from 1887 to the present day. And of course it’s not an Australian civic event without a sausage sizzle – also free, thanks again to the Council.

1 comments on “The Proclaimers”