Suburbs of Sydney I

While many visitors to Sydney are drawn to the CBD (city centre), to the Rocks, Circular Quay, Harbour Bridge, Darling Harbour, etc, (and why not- they are spectacular!) Sydney’s inner suburbs have a lot to offer.

No one is made to feel an outsider. The boundaries are set so wide. 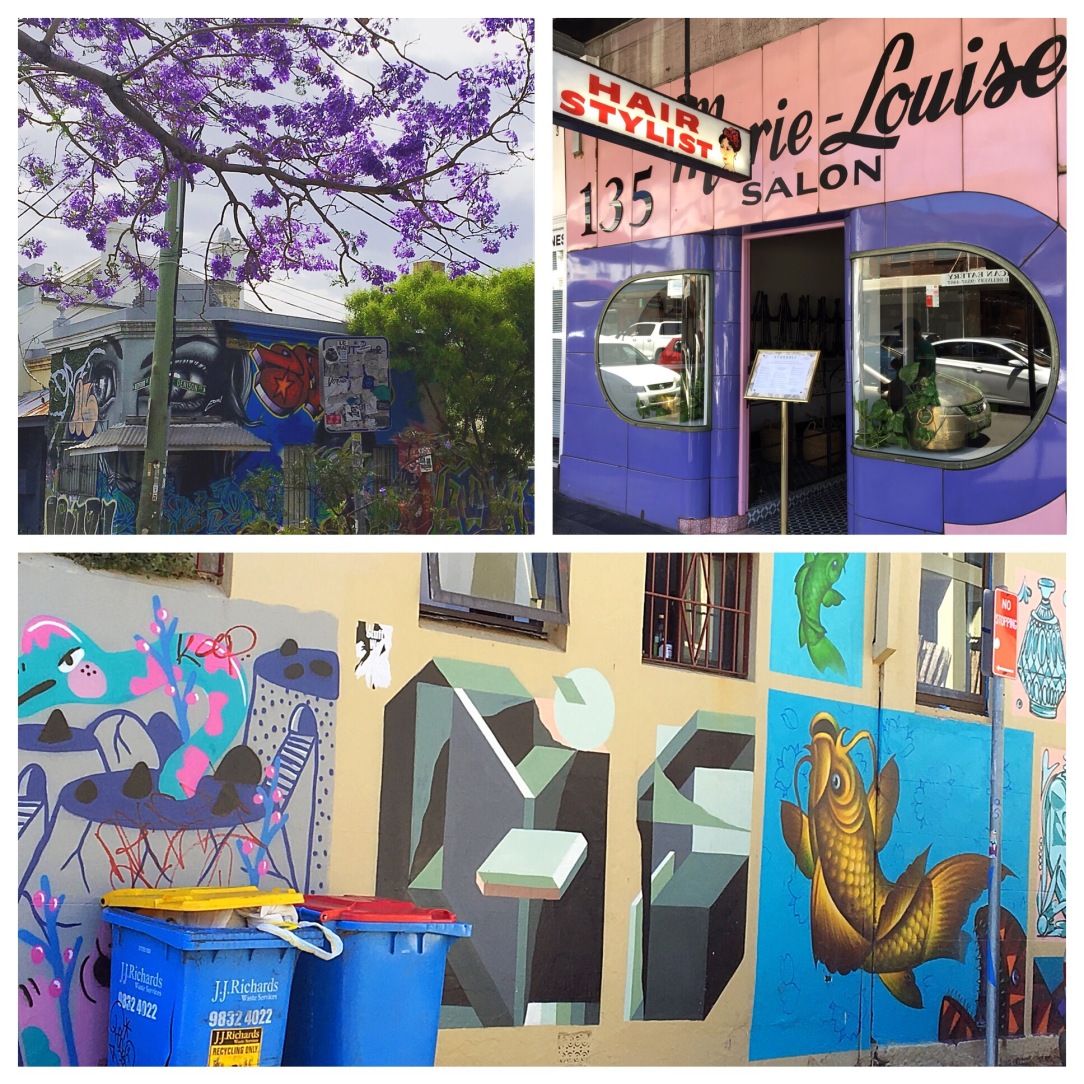 We had been to Sydney on many occasions, so this time we felt like staying out of the centre. I was attending a conference at the Australian Technology Park, on the site of the old locomotive works at Redfern, so Newtown presented itself as an interesting place to stay. Just minutes from the centre via the T2 train line, Newtown is the antithesis of the shiny, tourist-friendly CBD. Hardly a wall has avoided the blanketing of street art. There is a conspicuous absence of high rise, the narrow streets jammed with cars, art and single story colonial cottages. Here is the epi-centre of Sydney’s Bohemia.

The main strip is King Street, but Enmore Street, just beyond the station, also offers copious cafes, bars and eateries. One such was disguised as an old school hair salon and never have I seen a greater concentration of vegan restaurants. Humans of all appearances throng the streets. Here the suited rub shoulders with the pierced and the tattooed. Anything goes. No one is made to feel an outsider. The boundaries are set so wide. 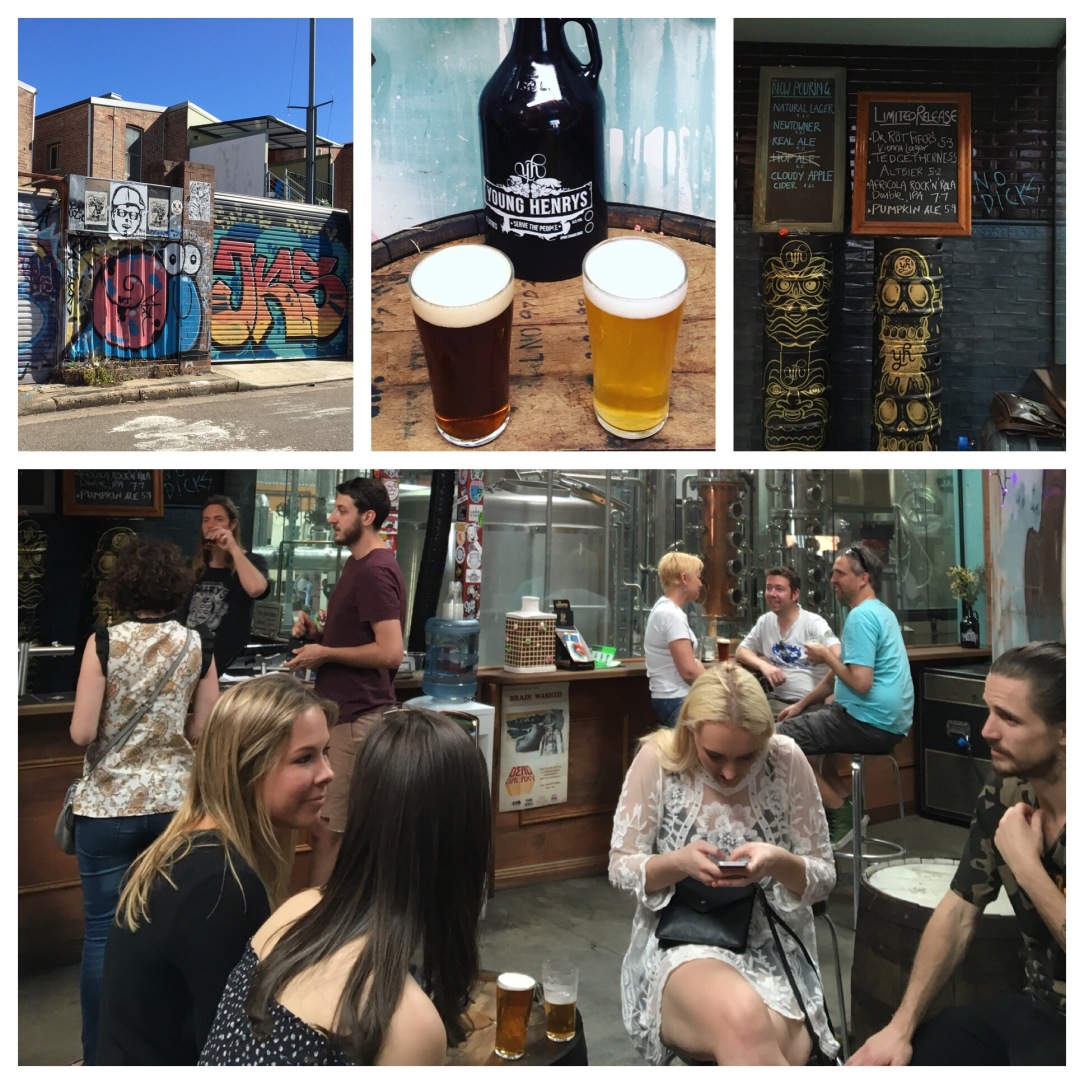 “Everyone looks happy,” the GF observed. That’s because it’s Saturday, the sun is shining, they’re hanging with their mates and they’re in a brewery.

A Sunday morning walk took us to the Marrickville Market on Addison Road. Though in a leafier, less grungy and more residential area, the market highlights the left-leaning and urban minded. Dotted around the park are charitable and socially run facilities- e.g., a community workshop where you can do carpentry, painting or electrical repairs. The market has a plethora of stalls- clothes, second hand books, jewellery, cosmetics, an excellent vinyl record stall (where temptation was resisted solely on account of lack of cash), and naturally a smorgasbord of food stalls. We went for gluten free potato scones  (which kept me going for most of the week) and a freshly squeezed sugar cane drink. And of course it’s not a proper food market without giant paella. 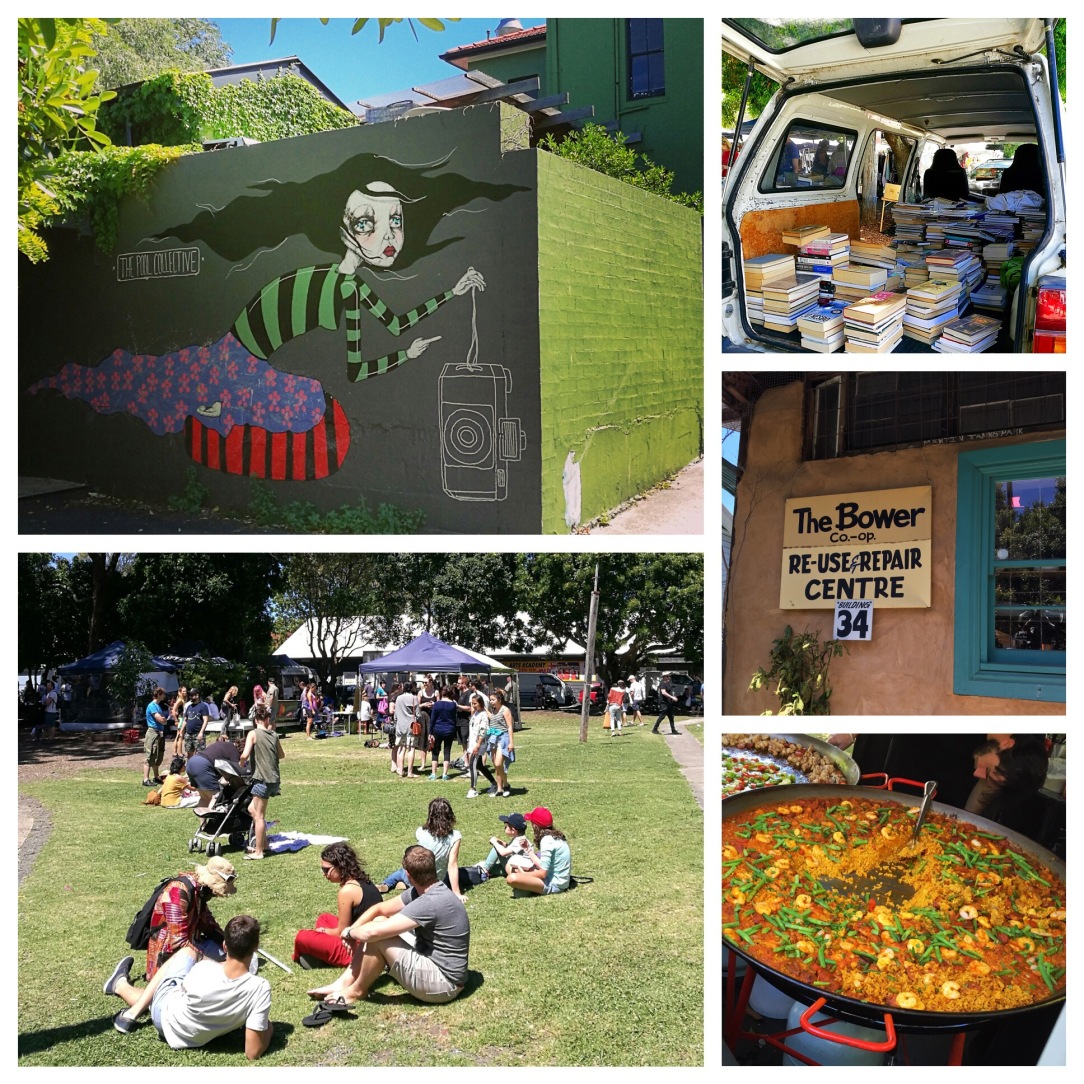 11 comments on “Suburbs of Sydney I”