Its climate may be hot, but South Australia offers the coolest mix of brilliant wine country, abundant produce festivals, stark and stunning tracts of picturesque Aussie outback and crowd-free beaches that could make even the Bahamas jealous. 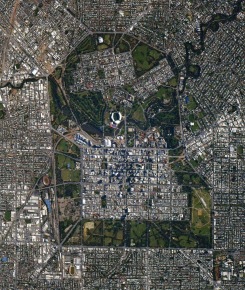 My chosen  place in the world is Adelaide, South Australia, a state sometimes referred to as the “Festival State.” In this post, I’ll be your tour guide and share some of my favourite places and things. We’ll visit beaches and wineries, sample some of the best produce imaginable, and take part in fabulous cultural events.

Adelaide with a population of around 1.3 million, is the capital of South Australia. Designed by Col. William Light as the original garden city, the parklands surrounding  the city centre exist to this day, providing for recreational, cultural and sporting activities for the city’s residents.

Back in pioneer times, the German settlers, attracted by the freedom from religious persecution this uniquely free colony offered, established their communities in the Barossa Valley, and brought their vines. South Australia now is responsible for 80 percent of Australia’s premium wine production with international accolades for the Barossa, McLaren Vale and Clare Valley to name but three of the fifteen or so regions. You thought Aussie wines were cheap and rough? Yes, that’s the stuff we don’t want to drink ourselves, so we export it- and most of the plonk comes from New South Wales anyway.

You thought Aussie wines were cheap and rough? Yes, that’s the stuff we don’t want to drink ourselves.

Every February Adelaide hosts the world’s second largest arts festival, after Edinburgh. Leading edge cultural icons in theatre, ballet and music perform at the Adelaide International Festival, whilst the Fringe, entirely uncurated, attracts the weird, the wacky and the wonderful in equal measure. For one month, every public space, venue, empty warehouse is press-ganged into artistic service as locals and visitors binge on performance art. Adelaide Writers Week is an open air literary festival, attracting the best authors in fiction and non-fiction. Around the same same Australia’s major world music festival, Womadelaide, brings an alternative reality to the city centre.

If Edinburgh can claim the to be the “Athens of the North,” perhaps Adelaide should claim the title Athens of the Antipodes? Edinburgh was considered a centre of the enlightenment in the eighteenth century, but so is Adelaide in its short history with progressive social policies and nowadays being in the vanguard of renewable energy.

With a Mediterranean climate and produce to match, Adelaide  has one of Australia’s best food markets. From over 80 stalls at the Central Market, chose between fresh fruit and veg, fine cheeses, charcuterie (or “small goods”), artisanal breads, patisserie, or grab a snack or a meal at one of the many boutique eateries reflecting Adelaide’s rich migrational diversity. Fancy something a bit more spicy? Adelaide’s extensive Chinatown is just around the corner. 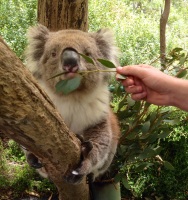 For these reasons Lonely Planet rated South Australia as a top destination in 2017. With the mystery and majesty of the nearby outback, the zoological wonder of our native marsupials, idyllic isolated beaches to yourself, or immersion in  Epicurian or cultural delights in a laid-back, friendly city, where would you rather be?

But keep it to yourself, we don’t want the place to be spoiled.