West Coast Blues and Roots Festival could be considered by some as a warm up gig for its Byron Bay cousin. However the one day event in Fremantle has its own identity. Just a stroll from the main strip, the event fitted perfectly the relaxed, artsy vibe of the town. 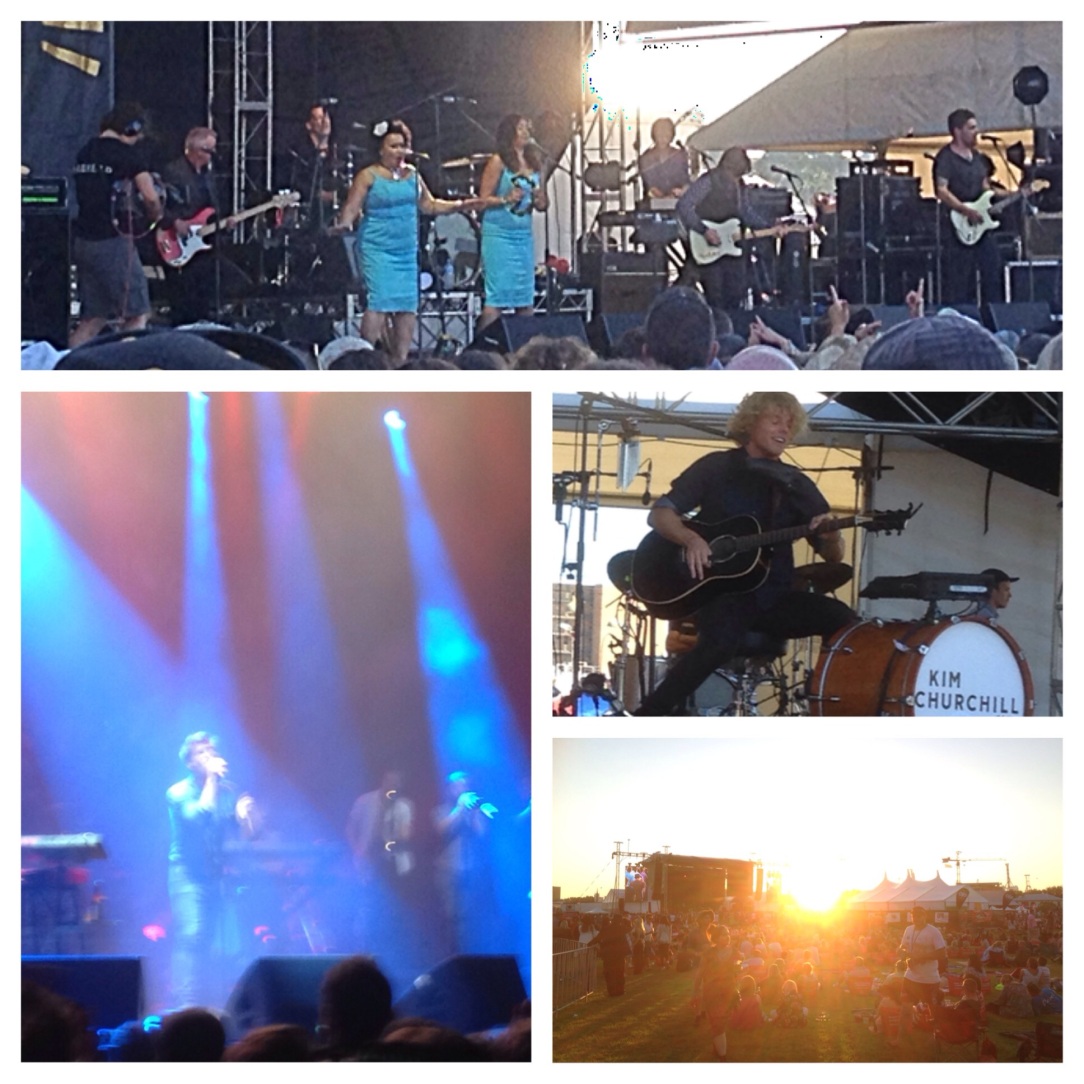 Our Festival experience kicked off with a poignant set from Lanie Lane, her final gig with her band, “Just twelve more minutes with my band,” she lamented before picking up the mood with her best loved Ah well, that’s what you get when you fall in love with a cowboy. If not the Festival’ s best song, it was certainly its longest title.

Kim Churchill wowed the main stage audience with his virtuoso one-man band show, playing drum kit, guitar, harmonica and vocals at the same time, not to mention his spectacular over the neck guitar style on the stunning Window to the sky. “I fucking love live music!” one excitable punter was overheard exclaiming afterwards.

Charles Bradley and his Extraordinaires (USA) lent some good time soul to the occasion, “Put you hands in the air and I’ll take you to the oooooooooold time church,” he exhorted. Close your eyes and it could have been Otis or Marvin. He even had time, in a one hour set, for a costume change. Old time, indeed.

Xavier Rudd and the United Nations brought a dash of colour and indigenous identity to the Festival, and for the first time this felt like a distinctively Australian affair. XR and the UN got the crowd on their feet with a selection of earthy beats including the crowd pleaser Follow the sun.

The mood continued, although in a very different genre, through Paul Kelly’s Merri Soul Sessions, a collaborative collective of artists. A Kelly classic (How to make gravy), the other songs featuring multi-vocalists, including personal highlight Dan Sultan, and the standout Song from the Sixteenth floor (when PK says jump, you jump). Who else could end a set with not one, but two gospel songs?

Meanwhile in the Big Top, Rodriguez y Gabriella (Mexico) were working up a frenzy of passion and intensity on stage and in the audience. Gabriella on her own was sounding like a full band, slapping, tapping, striking, pummelling her guitar, hair stuck to her perspiring face, a monster of guitar playing, while Rodriguez added the finesse and frills. The crowd couldn’t get enough of them. I couldn’t keep my drink in my glass.

David Gray (England) pleasingly brought a full band with him and performed a decent set from his varied back catalogue – just one new song- but featuring several from the White ladder album- the heartfelt Sail away and the angst-ridden Please forgive me, before a singalong solo finale of Babylon. He seemed to be having some trouble with geography shouting, “Hello Perth” several times. I wondered what the locals thought. I thought we were in Fremantle. But hey, jet lag.

No such issue for Paolo Nutini and the Vipers (Scotland)- “the best place is here!” he declared as he matched (and raised) Charles Bradley move for move, groove for groove, soul for soul, through highlights of his three albums, including a medley of Jenny don’t be hasty, New shoes and Pencil full of lead. The sombre Iron sky added a note of reflection and perspective before a lung-busting, exuberant finale of Candy.

Main stage headliner, local hero John Butler, had a task on his hands to follow that, but his Trio succeeded admirably. Boldly announcing his stance before a chord was struck with a denouncement of the “racist, backward and corrupt state government” (for their policy of closing remote (aboriginal) communities in Western Australia), and following up with his typical riff-laden energy in a rapturous homecoming.

We didn’t get to see the Big Top evening bill- soul legend Mavis Staples, reggae superstar Jimmy Cliff, Californian hip hop pioneers Jurassic Five and George Clinton and Parliament Funkadelic, but what we did see and hear made for a great festival.