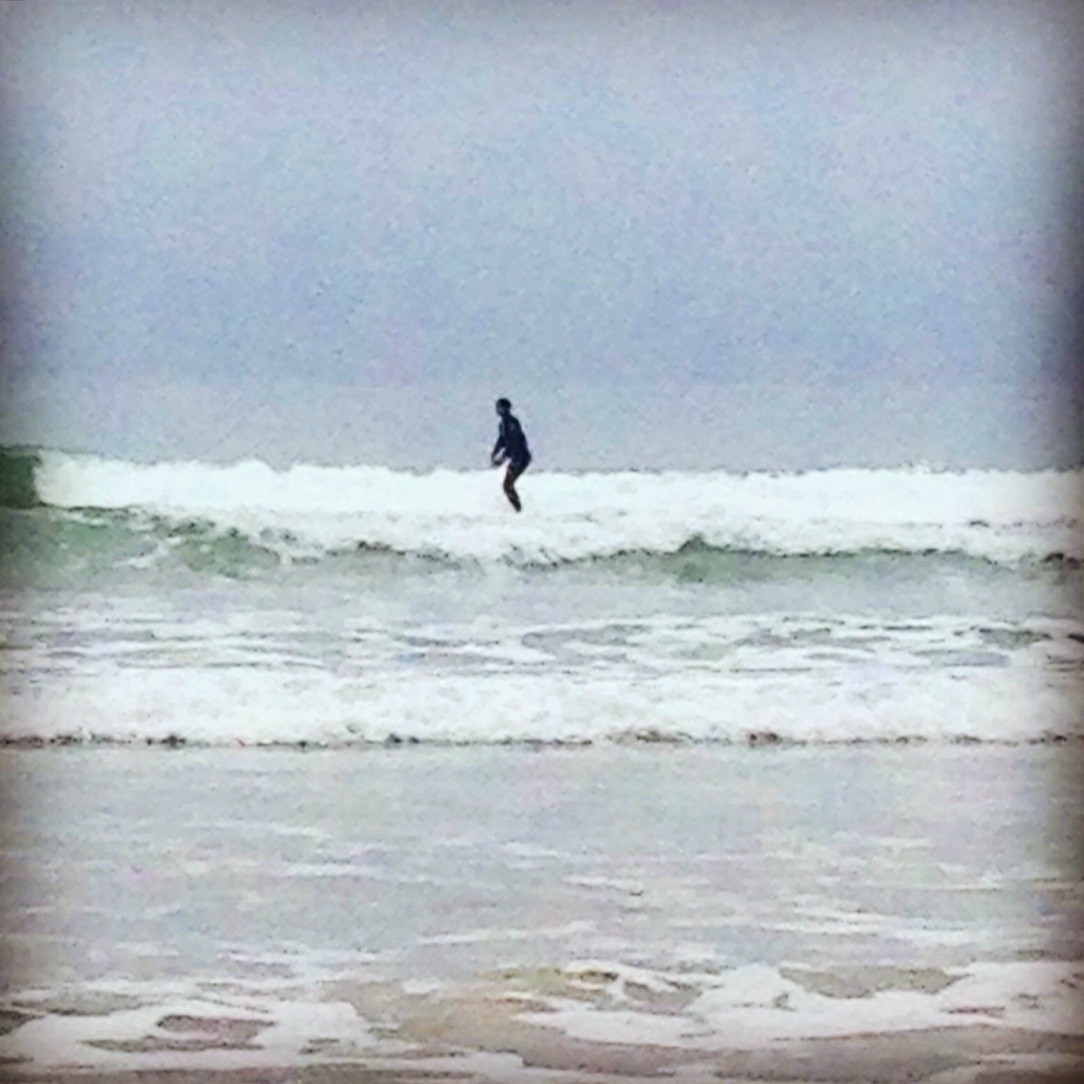 By drdblogs in General on February 24, 2015
No comments

My entry for the Daily Post photo challenge Rule of thirds- with the solitary couple on the deserted beach. 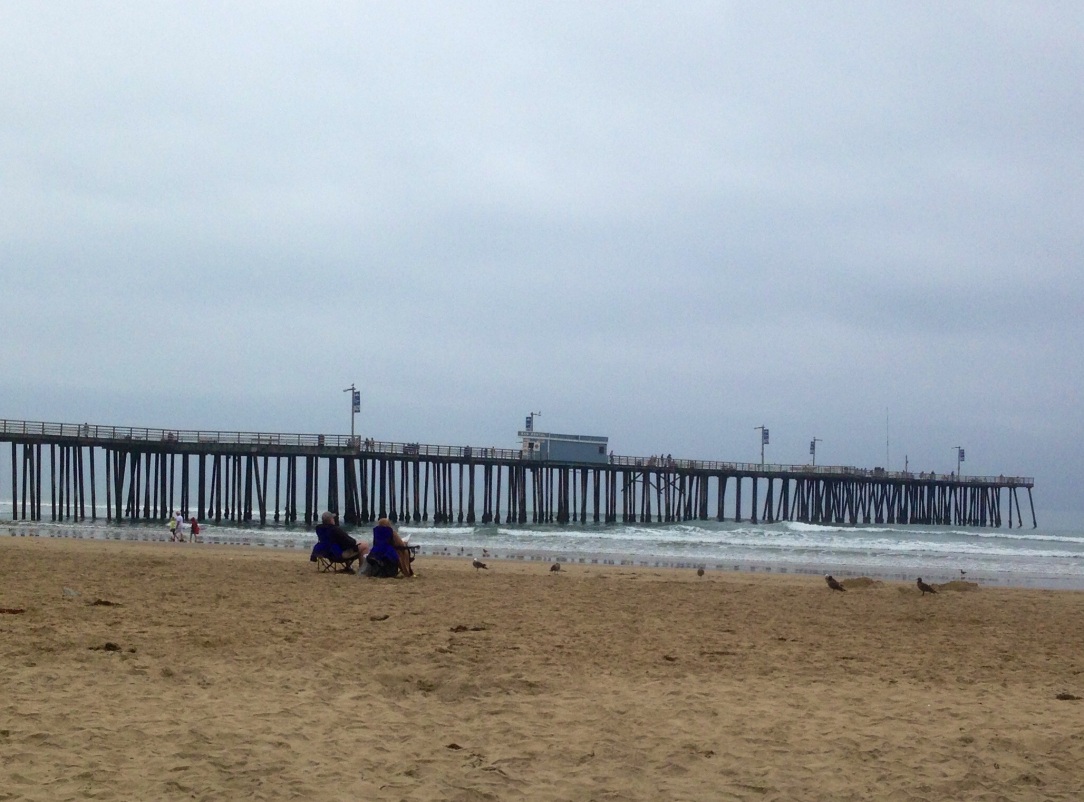 Harry’s Bar in Pismo Beach, “voted number one years in a row”, out of two pubs in town, was rocking. On a Monday night. The band, its members half-man half-muppet, looked as if they had been transported from the seventies, not directly by time machine, but the long way via all the intervening decades. But they could play. They were tight. After forty years you’d expect them to know the songs pretty well.

Earlier we had eaten at Mo’s Smokehouse BBQ. Mo had travelled for two months through ten states to learn his barbecue trade- and in our experience learned well. His story and a map on the wall proclaimed this feat.

This was in reference to the fish and chip shop next door, Splash Cafe and its world famous (their words) clam chowder. They also…