Thousands gathered in Moseley Square for the Glenelg start of stage four of the Tour Down Under. Bikes hung as decorations from every conceivable place as if the whole town had turned into a giant hipster cafe catering for a lycra convention.

The amateur race had set off hours before, the professional riders were all poised to go, but it still seemed that there were more bicycles than people in the crowd. The sense of excitement and civic pride was enhanced by a South Australian, Rohan Dennis, having the leader’s ochre jersey.

It seemed a strange spectacle to watch after all the build up, the opening stretch being only a pre-competitive warm up, just a gentle ride by, but the crowd loved it. Then all the support vehicles, the team cars, the ambulances, the cops- who were also loving it and did an extra blue- light circuit just for fun. Then it was over. My nine year old companion said he was “a bit impressed.”

Much later in the day I met one of the amateur riders having a beer in the Grand Hotel. He had ridden 200km and still looked fresh. Respect. I am a bit impressed. 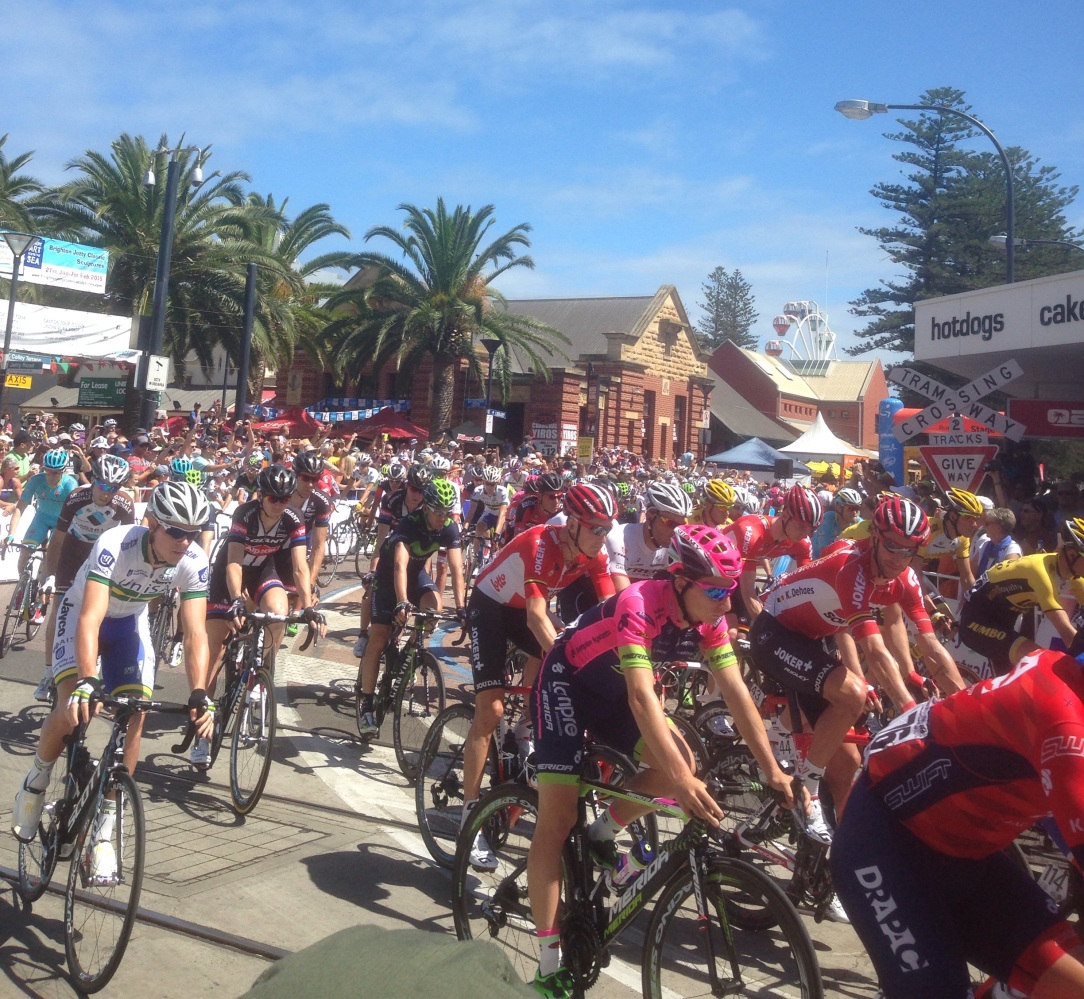